Featured News
Home / News / A Call to Care for the Earth 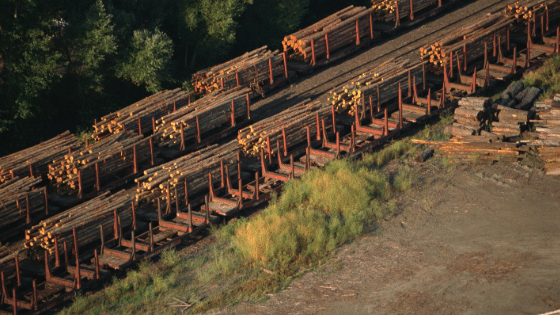 A Call to Care for the Earth 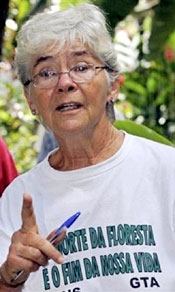 Least we forget Sr. Dorothy Stang’s and her life lived faithful to her ‘call to care for the Earth’ here are a few of the ‘signposts’ on her journey.

Sister Dorothy Stang decided early on that she would give her life to God as a Sister of Notre Dame de Namur. Her deepest desire was to serve the poor as a missionary and on her application she wrote, “I want to be a missionary in China.”

But God’s plan was not Dot’s plan. After teaching in Chicago and Phoenix she was to serve in Brazil. She and four other Sisters went to Brazil in 1966 where she worked to help poor farmers build independent futures for their families until her murder on 12th February, 2005.

The Lungs of the Earth

Over the years, the work became progressively more dangerous for the Sisters in Brazil and for the farmers and their families. As the world discovered the vast possibilities offered by the rich natural resources of the Amazon rain forest, people with more limited and self-centred goals began to plan ways to capitalise upon them. Gradually, loggers, ranchers, land speculators, and agribusiness became the dominant forces in the region, victimising the poorer farmers and destroying the rain forest.  Here are some amazing facts:

Sister Dorothy understood that the rain forest (also called the Earth’s lungs) plays a critical role in the exchange of gases between the biosphere and the atmosphere. Her frustration grew as she witnessed the destruction of this natural resource so vital to her people’s and the planet’s future. She saw the forest and the people plundered for financial gain by illegal logging operations, land speculators, and cattle ranchers. She witnessed political leaders allowing the destruction to continue.

Sister Dorothy became a prime target. In spite of her good work for the people of Para and the world, protecting the rain forest by encouraging sustainable farming techniques, in the late 90s she was named on a “death list” created by the power brokers of the area.  Their goal  was to eliminate opposition to the clear-cutting and burning of the forest so that fields of soy beans could be planted, trees logged, and cattle can graze.  Another goal of the killings was to eliminate those who empowered and educated the peasants.  These killings were meant to intimidate the farmers and keep them ensnared in an endless cycle of debt, akin to slavery.

On February 12, 2005, at a settlement in a rural area in Para, two hired gunmen killed Sister Dorothy. She was murdered because she had put into place programs that created self-sufficient communities of people committed to their own independence, as well as to the sustenance of the rain forest.

Following Dorothy’s death, Brazilian President Luiz Inacio da Silva put nearly 20,000 of the Amazon’s 1.6 million square miles under federal environmental protection. This land is located in the Anapu region that was Sister Dorothy’s home. This action gave hope to human rights defenders and environmentalists, and it encouraged the Sisters of Notre Dame de Namur and the people of the Anapu region to continue working in the tradition of their role model and compatriot, Sister Dorothy.

Her [Dorothy’s] work is recognised around the world for its boldness, its beauty, and its consistency with the mission of the Sisters of Notre Dame de Namur to help and educate the poor. Dorothy your dream lives on in the struggle of the people.

The destruction of Brazil’s Amazon rain forest reached its highest level in a decade in 2018. Government data released shows that this is driven by illegal logging and the encroachment of agriculture on the jungle.  Satellite images for the 12 months through the end of July 2018 showed that 7,900 square kilometres (3,050 square miles) of forest were cleared in the Amazon, equivalent to more than half the territory of Jamaica. That was a 13.7 percent increase from the same period in the prior year.

It is clear that the Brazilian government has not done enough to fight deforestation and recent policy moves such as ones reducing areas under federal-protection are contributing to this increase.  Deforestation is also likely to increase further during the government of President Jair Bolsonaro, who took up office in January. He has sharply criticised the Brazilian environmental protection agency, and the agriculture sector is one of his main political bases.

Scientists consider the Amazon as one of nature’s best protections against global warming, as it acts as a giant carbon “sink” by absorbing the gas. The jungle is also rich in biodiversity, hosting billions of species yet to be studied.  It is in essence part of who we are and part of our survival.

COP25 – another woman takes the lead

Chile’s government has nominated environment minister Carolina Schmidt to lead the next UN climate talks.  It is eight years since a woman last held the post.

“When I realised that Brazil was considering pulling out from Cop25, I called the technical team, told them about it and asked them what were the chances that we could take on that responsibility. And unanimously, they told me: ‘None. We could never do that; this means an enormous amount of work’”, she said.

Schmidt claims to have then rung up the ministry of foreign affairs, where she was met with similar incredulity. Her last port of call was the president Sebastián Piñera.

“And the president asked me: ‘How much will this cost?’. And he added: ‘If you manage to get enough funds to carry this out, let’s go ahead, even if we have to work day and night’,” she said.

Previously head of the National Office for Women, Schmidt has a record of seeking to incorporate gender issues into the climate debate, as women continue to disproportionately bear the brunt of global warming. Schmidt has pushed for a greater focus on women’s vulnerability at the UN and at a regional meeting of ministers of the environment of Latin America and the Caribbean.

In a race to demonstrate the country’s climate efforts, Schmidt will be aiming to present parliament with Chile’s first climate legislation in August 2019.  Few details about the plan have yet emerged, but Schmidt has said the bill will seek to legislate climate responsibilities for the country’s administrative actors, ranging from ministries to town halls, into the Chilean constitution.

In a statement, Greenpeace’s Chilean director Matías Asun said, Schmidt’s nomination was an advance for women’s representation in climate talks, but cautioned that her actions in the coming months had yet to define Schmidt as a “leader of the most important summit that has ever taken place in Chile”.

The ‘Call to Care for the Earth’ is ours too, and the future depends on our response.

© Copyright 2022 - Presentation Sisters Union North East Ireland - All rights reserved | Website by Digital Training Institute
3 Shares
Share3
Tweet
We use cookies to ensure that we give you the best experience on our website. By your continued use of this site you accept such use.ACCEPTREAD MORE