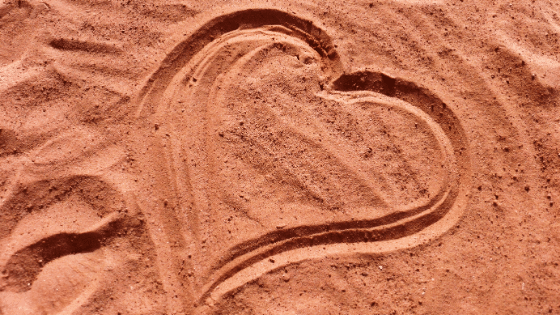 A heart for Africa

The focus of the World Day of Prayer (in England, Wales and Northern Ireland) on 6th March 2020 (#WDP2020) is praying with the Christians of Zimbabwe.

“This Friday, [when] millions of us – men, women and children – worldwide will be praying with and for them”.

When reading the information about this day it struck me that prayer truly has no borders or boundaries, when we ‘have a heart for Africa’.

In the last weeks we have been following the news of the shocking situation Zimbabweans are trying to survive in, experiencing the second collapse in their country in just over a decade.  A situation where taps are usually dry, the power is almost always off, banks have no money, fuel stations are mostly dry, over half the population needs food aid and the population can’t afford most of the food in the shops. Drought or not, it’s fair to say that the people of Zimbabwe are again in a state of deep suffering: “In the past fortnight we have seen scenes in Zimbabwe not witnessed since 2008, things we thought, hoped, prayed we would never have to see again. We have yet again run out of our staple food: maize meal”.

Our heart for Africa

Sr. Josephine Murphy, pbvm was part of the Manchester community when she joined the English Province Mission in Zambia (Kaoma and Mongu) in January 1984.  (In 2013, the Zambia and Zimbabwe Presentation groups had come together to form the Africa Unit).  Josephine remained in Zambia until 2010 and returned again recently last year (2019) to monitor some of the  Misean Cara Projects  there.  Sharing her experience with us after this visit to opened our hearts wider to the day to day lives of the people there.  See article:  A Window on life in Zambia.

Also in the latter part of 2019, we had a rather special celebration with a group of Sisters who shared one common life journey (ministry in Africa  – Zambia and Zimbabwe).  Some of the Sisters attending were still ministering there, while others had returned to the Province after many years on mission,  and were celebrating Diamond and Golden Jubilees and significant birthdays.

This Friday (in particular) our prayer for Zimbabwe (and Zambia) and its people also includes these Sisters and all who are in mission now in these countries:  “where they are us, and we are them”.  Our hearts have no borders.

Heavenly Father,
in this month when people around the world will be gathering
in their churches, schools, prisons, halls
and open spaces to ask your blessing on the nation of Zimbabwe,
we want to add our voice and ask you to have mercy on that ancient nation.
Make the difference in this land –
turn people’s hearts, heads and hands to you,
to your way of doing things,
your way of living.

Your Word says ‘Love your neighbour’ –
Father, we know there are myriad ways we can do this.
Will you help us to see the opportunities you bring to us,
and give us the courage to take action to show others your love for them,
and that there is always hope.

Note: The origins of World Day of Prayer (WDP) date back to the 19th century when Christian women in the USA and Canada initiated a variety of cooperative activities in support of women’s involvement in mission, at home and abroad. It is from such roots as these that WDP has taken its present shape – a worldwide ecumenical movement of Informed Prayer and Prayerful Action. See https://www.wwdp.org.uk/

© Copyright 2022 - Presentation Sisters Union North East Ireland - All rights reserved | Website by Digital Training Institute
10 Shares
Share10
Tweet
We use cookies to ensure that we give you the best experience on our website. By your continued use of this site you accept such use.ACCEPTREAD MORE