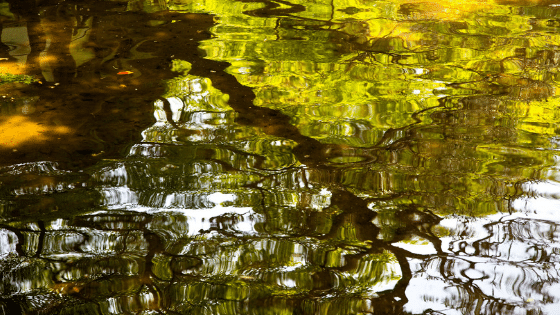 In these days when we seem to be hearing more and more about the role our species is playing in the destruction of the planet and its creatures (and indeed ourselves) I came across this wonderful article published at the Yale School of Forestry and Environmental Studies in April 2018, written by Jim Robbins.  There are some great links to other resources in it if you want to explore.  Reading this piece, it was also the first time I heard about the very beautiful constellation of the world’s cultures that is the ‘ethnosphere’.

From Alaska to Australia, scientists are turning to the knowledge of traditional people for a deeper understanding of the natural world. What they are learning is helping them discover more about everything from melting Arctic ice, to protecting fish stocks, to controlling wildfires. ~ Jim Robbins

Around the globe, researchers are turning to what is known as Traditional Ecological Knowledge (TEK) to complete an understanding of the natural world. TEK is deep knowledge of a place that has been painstakingly discovered by those who have adapted to it over thousands of years.  It is the detailed knowledge that Peoples have relied on for their very survival.  They have quite literally staked their lives on its accuracy and repeatability.

It is the Anthropologist Wade Davis, now at the University of British Columbia, who refers to the ‘constellation of the world’s cultures’ as the “ethnosphere,” or:

“the sum total of all thoughts and dreams, myths, ideas, inspirations, intuitions, brought into being by human imagination since the dawn of consciousness. It’s a symbol of all that we are, and all that we can be, as an astonishingly inquisitive species.”

This is a very beautiful constellation

One estimate says that while native peoples only comprise some 4 or 5 percent of the world’s population, they use almost a quarter of the world’s land surface and manage 11 percent of its forests. “In doing so, they maintain 80 percent of the planet’s biodiversity in, or adjacent to, 85 percent of the world’s protected areas,” writes Gleb Raygorodetsky, a researcher with the POLIS Project on Ecological Governance at the University of Victoria and the author of The Archipelago of Hope: Wisdom and Resilience from the Edge of Climate Change.

“Westerners  have done little but isolate ourselves from nature,” said Mark Bonta, an assistant professor at Penn State Altoona  “Yet those who make a point of connecting with our earth in some form have enormous knowledge because they interact with a species. When you get into conservation, [that knowledge] is even more important.”   For example, Aboriginal people “don’t see themselves as superior to or separated from animals. They are walking storehouses of knowledge”.

Another example in this wonderful article is the Maya people of Mesoamerica.  They have much to teach us about farming.  Researchers have found that they preserve an astonishing amount of biodiversity in their forest gardens, in harmony with the surrounding forest.

“The active gardens found around Maya forest villagers’ houses shows that it’s the most diverse domestic system in the world”,  integrated into the forest ecosystem.

It may not just be facts about the natural world that are important, in the exchanges we have with these Peoples. We also gain an appreciation of the different ways of being and perceiving.  In fact, researchers are looking into this relationship between some indigenous people, and the very different ways they see the world.

Felice Wyndham (an ecological anthropologist and ethno-biologist) noted that people she has worked with can intimately sense the world beyond their body.

“It’s a form of enhanced mindfulness […] you see it in most hunter-gatherer groups. It’s an extremely developed skill base of cognitive agility, of being able to put yourself into a viewpoint and perspective of many creatures or objects – rocks, water, clouds”.

“We, as humans, have a remarkable sensitivity, imagination, and ability to be cognitively agile”, Wyndham says. “If we are open to it and train ourselves to learn how to drop all of the distractions to our sensory capacity, we’re able to do so much more biologically than we use in contemporary industrial society.”

Among the most important messages from traditional Peoples is their equanimity and optimism.

There “is no sense of doom and gloom,” says Raygorodetsky. “Despite dire circumstances, they maintain hope for the future.”

A Prayer for our Earth

All-powerful God, you are present in the whole universe,
and in the smallest of your creatures.

You embrace with your tenderness all that exists.

Pour out upon us the power of your love,
that we may protect life and beauty.

Fill us with peace, that we may live as brothers and sisters,
harming no-one.

Bring healing to our lives,
that we may protect the world and not prey on it,
that we may sow beauty, not pollution and destruction.

Touch the hearts of those who look only for
gain at the expense of the poor and the Earth.

Teach us to discover the worth of each thing,
to be filled with awe and contemplation,
to recognise that we are profoundly united with
every creature as we journey towards your infinite light.

We thank you for being with us each day.

Encourage us we pray, in our struggle for
justice, love and peace.

(extract of prayer from Catholic Rural Life (CRL),  that appeared on p102 of ‘Praying Our Journey’, a resource for prayer and reflection prepared by Presentation Sisters Union for #Nano 300 2018).

© Copyright 2022 - Presentation Sisters Union North East Ireland - All rights reserved | Website by Digital Training Institute
7 Shares
Share7
Tweet
We use cookies to ensure that we give you the best experience on our website. By your continued use of this site you accept such use.ACCEPTREAD MORE