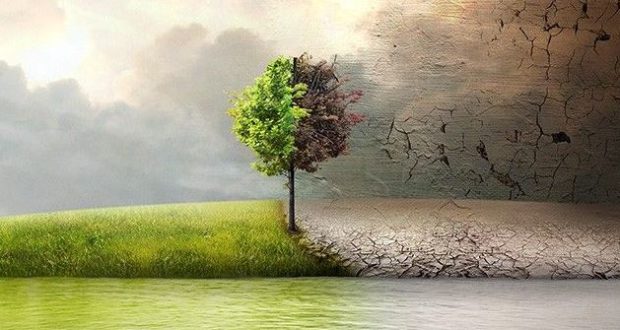 The very conditions on which human civilization has depended for the last 12,000 years are threatened by human ideologies, actions and systems that perpetuate climate change.

Today, untruth competes with truth to muddy the issue of climate change.

The faith community can transcend divisions and bring together people of different perspectives to seek the truth and work for a moral revolution urgently needed for a sustainable relationship with nature: One where humankind challenges notions of domination over nature and sees itself as part of nature.

Science uses rational methodology backed by massive amounts of data to pursue physical truth about the world. Faith, on the other hand, uses experience and belief to pursue metaphysical, existential truth about the meaning of life, and how humans should act in the world. Both are important, but each needs the other to understand the truth of reality; in the words of Saint John Paul II:

“Faith and reason are like two wings on which the human spirit rises to the contemplation of truth.”

The world’s major religious traditions, even if they interpret God differently, share a commitment to human life and dignity, the poor, and the protection of creation. I witnessed this personally at a meeting convened by Pope Francis with leaders of major faiths including evangelism, Judaism, Islam, Buddhism and Hinduism.

The Catholic Church recognizes that human-forced climate change compromises its faith-based commitments to protect human life and dignity, exercise special concern for the poor, and care for creation.

As a result, the Vatican used the Pontifical Academy of Science (PAS) of which I am a member to convene experts from many other fields thus assisting the pope in writing his 2015 encyclical on ecology, Laudato Si’.  Laudato Si’ — consistent with previous papal teachings — identified human-made climate change as “one of the principal challenges facing humanity,” recognized the grave implications for human health and global equity.

The PAS continues to convene political and faith leaders and scientists to discuss climate change and human health, and to search for scalable solutions:

Climate change is an existential threat that will require unprecedented cooperation between divergent sectors and members of society.

As a climate scientist, I know that the faith community is critical to the process. I therefore urge persons of all faiths to prophetically help lead the nation towards a world of climate stability that safeguards the common home we all share.

This is an extract from an article written by Veerabhadran Ramanathan, who  is a climate scientist at the University of California San Diego and a council member of the Pontifical Academy of Sciences at the Vatican.  (Highlights in the text are my own).  My attention was drawn to this piece by  the ‘Global Catholic Climate Movement’ on their Facebook Page – so thank you to them and their sharing.   See full text HERE

In 2017 the Union of Presentation Sisters in Ireland (as one of these 40 organisations), committed themselves publicly to divest from investments which deal with the highly polluting fossil fuels coal, tar sand and oil shale, and to encourage other Catholic investors to join the divestment coalition. For several years, the Union of Presentation Sisters, have been diligently monitoring and overseeing the alignment of our investments with projects that reflect our values and commitment to caring for human rights and the whole community of life.

The coalition (now of 90) is the largest joint announcement of divestment by Catholic organisations to date.  The institutions are located on five continents.

© Copyright 2022 - Presentation Sisters Union North East Ireland - All rights reserved | Website by Digital Training Institute
4 Shares
Share4
Tweet
We use cookies to ensure that we give you the best experience on our website. By your continued use of this site you accept such use.ACCEPTREAD MORE