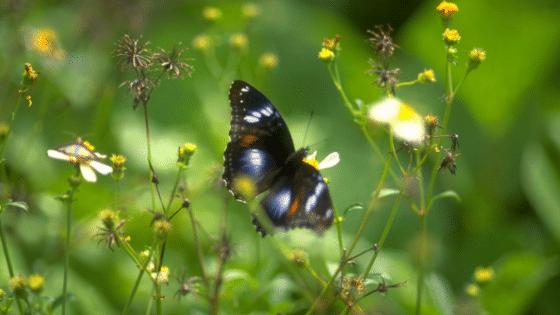 On Thursday 21 February 2019, President Michael D. Higgins spoke at the National Biodiversity Conference in Dublin Castle, he opened his address by saying:

“As President of Ireland, it is my role to represent the citizens of this country, including their imagined futures, and I would like to tell you – the conservation community, its friends and allies – I will seek to amplify your voice, and be with you as – together, as a nation – we seek out a new horizon for nature”.

Below are some powerful extracts from his address, followed by a link to the full text.

Around the world, the library of life that has evolved over billions of years – our biodiversity – is being destroyed, poisoned, polluted, invaded, fragmented, plundered, drained and burned at a rate not seen in human history.

What is now rightly referred to as the ‘extinction crisis’ is due to us. Only a quarter of the world’s terrestrial surface remains untouched by human hand and even those places are not escaping the impacts of climate change. It is estimated that human activity has multiplied the normal rate of extinction at least one hundred-fold.

Over the past half century, humanity has witnessed the destruction of 60% of mammal, bird, fish and reptile populations around the world.

The examples of how Ireland’s biodiversity is suffering are also many and vivid: (bullet pointing added by me)

Our own Government reports that 91% of internationally important habitats in Ireland have ‘bad’ or ‘inadequate’ conservation status. Studies over the past five years have shown that of 202 species of commonly occurring birds in Ireland, an alarming 63% are now on the Red and Amber Lists of Birds of Conservation Concern.

30% of Ireland’s wild bee species are threatened with extinction and studies suggest that we in Ireland are losing butterflies and bees at a faster rate than in the rest of the world.

If we were coal miners, we would be up to our knees in dead canaries.

We are the first generation to truly comprehend the reality of what we’re doing to the natural world, and we may the last with the chance to avert much of the damage. With this knowledge comes an extraordinary burden of responsibility that we all share.

While it is undeniable that nature has as much of a right to be here as we do, and that we should protect it for its own sake, it is simultaneously true that saving the planet is not only about saving nature: it is about saving humanity.

The time frame in which we must transform our world into one that makes space for a recovered respect for nature is perilously short, and every opportunity to affect the needed changes must be seized. The urgency of the crisis demands it, and the time for action is now.

Naturally, acknowledging the need for action presents the question of what should be done. In the age of social media and media-friendly soundbites, the simplest narrative is often the most appealing and they who shout loudest are often the most heard. Experts who do not fit a narrative are more and more frequently ignored and even denigrated for acknowledging what is unavoidably complex.

There is an enormous quantity, quality and diversity of expertise in this room. You are biodiversity’s greatest allies and Ireland needs to hear what you are telling us. Yours is an expertise we need and its needs more attention.

You are telling us that climate change and biodiversity loss are happening at an alarming rate. That they are interconnected, and action is needed to arrest both:

You are telling us, and I agree, that there is an urgent need to elevate the agenda for biodiversity conservation as well as the climate change agenda, both in Ireland and in the international context.

Reversing biodiversity loss requires all of us to be leaders within our own spheres of influence – in our homes, our places of work, our circles of friends, our schools and universities, in our communities of place and of faith – to demonstrate the message that our biodiversity, our natural heritage, is our right, but also our responsibility.

See link to our Welfare of Bees Facebook Page https://www.facebook.com/WhatAboutTheBees/