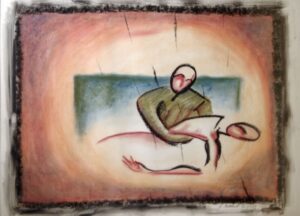 See also this post from the Irish Catholic Bishops’ Conference contains the full text of the encyclical letter and some useful links and resources: HERE

The Encyclical aims to promote a universal aspiration toward fraternity and social friendship. Beginning with our common membership in the human family, from the  acknowledgement that we are brothers and sisters because we are the children of one Creator, all in the same boat.

The Document on Human Fraternity signed by Francis and the Grand Imam of Al-Azhar in February 2019 is an inspirational influence cited many times in the Encyclical, which opens with  a brief introduction and is then divided into eight chapters. The Encyclical gathers – as the Pope himself explains – many of his statements on fraternity and social friendship, arranged, however, “in  a broader context of reflection” and complemented by “a number of letters, documents” sent to Francis by “many individuals and groups throughout the world”.

In 1931, the social encyclical Quadragesimo anno was published by Pope Pius XI now almost a century ago. It was written as the Great Depression was raging, Benito Mussolini was firmly in control in Italy, and Adolph Hitler was moving inexorably towards power in Germany.

In the encyclical, Pius XI laid out the insufficiencies of both free-market capitalism and socialist communism and tried to sketch a third way, rooted in traditional Catholic social teaching but sensitive to the realities of the time.  “Time will tell what impact Fratelli Tutti may have, but the parallels are striking.  So writes John L. Allen Jr. is the editor of Crux, specializing in coverage of the Vatican and the Catholic Church.

“This is Francis’s third encyclical letter, after Lumen Fidei in 2013 (a text largely prepared under Pope emeritus Benedict XVI) and Laudato Si’ in 2015, and by far his most comprehensive. One has the sense it’s almost this pope’s social and political testament, an encapsulation of his entire papacy in a little over 40,000 words”.

Pope Francis tells us in  paragraph 7 that he began the letter even before the current Covid-19 crisis erupted.

The influence of St Francis

“Francis inspired these pages,” said Pope Francis about St. Francis of Assisi in the opening section of his new encyclical letter. Recalling that St. Francis inspired the pope to write his last encyclical letter in 2015, “Laudato Sí, on Care for Our Common Home,” Francis situates this current teaching document again within the framework of Franciscan spirituality and theology. He also traveled to Assisi on the 3rd October 2020 to commemorate the Feast of St. Francis and officially sign this new encyclical.

In the final chapter of the Encyclical, the pope appeals to all religious believers, regardless of their tradition, to be agents of reconciliation, recognizing the fundamental commitment we all have to promote the common good.