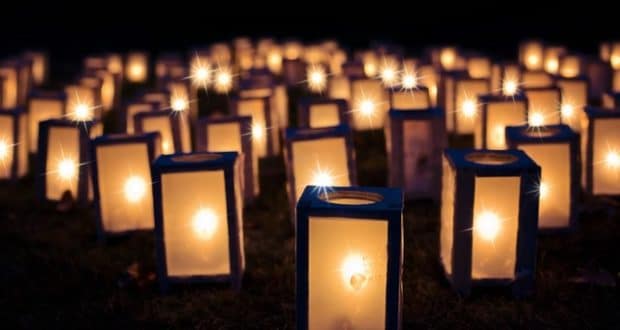 Christmas in an open prison

I love Christmas Eve, in fact I think it is my favourite part of Christmas. The expectation, the smells of the ham cooking and the Christmas candle in the window to guide Mary and Joseph to Bethlehem.

Growing up on a farm in the countryside I don’t think I was really aware that homelessness and marginalization were an integral part of the Christmas story. Now, many years later my celebration of Christmas Eve has taken on a new meaning. This year on Dec 24th   I will travel to Shelton Abbey in Co Wicklow to visit Jack (not his real name) who is living there in an open prison.  Having spent in excess of 30 years in prison, Jack has sadly lost touch with his family and I am the only visitor whom he sees throughout the year. I met Jack when he was still an inmate in the prison where I work as a chaplain and after about a year he moved on to the open prison, a step closer to getting out!  However, getting out holds little joy for Jack, in fact it fills him with apprehension and fear of the unknown.

How do you start again, on your own, having spent more than half your life behind bars? Still, Jack and I will celebrate Christmas together on the 24th, we will go out to eat and then ramble around the shops together enjoying the festive atmosphere.  When he moved from the closed prison situation Jack told me that he missed ‘the shadow’. The shadow he was referring to was the constant presence of a prison officer. Institutionalization does strange things to the human psyche; we come to depend upon what we can sometimes regard as our oppressor.

The early days in the open situation were a real struggle for Jack and he yearned to return to his prison cell where he would be locked up safely every night by the officer. Being able to open and close his bedroom door was a fascination for him in the early days of ‘open’ life.  Before coming into custody Jack was on the streets, drinking heavily and using any substance which he could get his hands on to kill the pain of isolation and addiction.  For many years in custody he self harmed on a regular basis and was frequently hospitalized.  All that is in the past now and he is on his feet, beginning to learn to look after himself again in mid life. But he has many mountains still to climb to consider he ok to be on ‘the outside’! Coming out with me on Dec 24th is a very small step in that direction.

Nano Nagle had a Christmas tradition of gathering up the homeless and giving them a meal on Christmas Eve. Some of our Sisters still hold this tradition and for a few hours at least these people are given the dignity of feeling special. As we come to the end of the year in which we have celebrated 300 years since her birth I think that our world today more than ever needs people like Nano who will make others feel worthwhile and important, even if only for a few hours.

Jack has no problem telling me that he loves me and that I mean the world to him.  At times, it might seem that I am his world as there are few others in sight. I feel small at times when I see his name on my phone and know that I must give some of my ‘precious’ time to listening to his woes. I am the one who holds the power, I can decide when I will visit and if I will answer his calls. I ask myself if I had been born into his situation and lived through what he has endured what would I be like now?  Would I be the warm human being who appreciates every crumb of kindness which is afforded to him or would I be full of anger and resentment towards people like ‘me’?

I am lucky to have Jack in my life because he is a daily reminder to me of the capacity of the human heart to love, despite experiencing suffering and isolation.  When I see his scared face light up with joy, I see the face of God and when his arms, which bear testimony to many extreme moments of darkness, open to enfold me in a bear hug I know that Christ is born again in my heart! Thank you Jack for the best possible Christmas gift.

© Copyright 2022 - Presentation Sisters Union North East Ireland - All rights reserved | Website by Digital Training Institute
22 Shares
Share22
Tweet
We use cookies to ensure that we give you the best experience on our website. By your continued use of this site you accept such use.ACCEPTREAD MORE