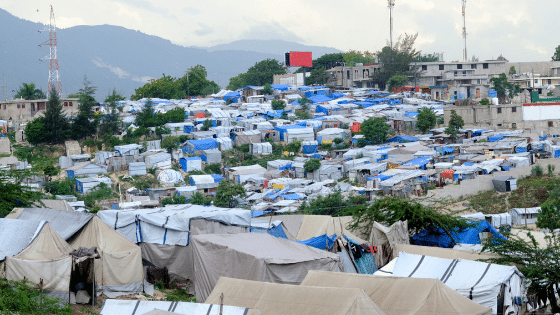 In the past days I have been reading and listening to a great many articles in relation to World Refugee Day 2019 (Thursday, June 20th 2019).  And while these days have their focus and purpose, they are also a very profound reminder that no-one is a refugee for a day – it is a life journey that brings with it a great many seemingly insurmountable challenges, obstacles and perceptions that block recognition and integration into a common humanity that should struggle with and support each and every person to a better and easier life journey.

The whole ‘Calais experience’ was a really profound marker of introduction for me to the reality of what it meant to ‘become’ a refugee and to have that definition shaped by the country into which you arrive.

Today I was reading a current piece on Care4Calais (see below).  It is a profound reality check (if one were needed) for where we are today and what Calais has become in terms of a definition of a life that no-one should have, rather than a specific geographical place.

They need our help

“This week we met a truly amazing family in Dunkirk. A tiny lady who had travelled 3,000 miles with seven children on her own. How she had managed this feat I can’t imagine. They arrived that morning in the car park where we were distributing. The youngest child was just five years old and all their worldly possessions were packed in plastic carrier bags.

We picked them up at the side of the road on our way in. They had been left there that morning by local French authorities who had taken another family away and promised to come back for them but then not returned. They had been there for five hours with no food or water.

We took them to the nearby ‘gym’ where 300 people are currently accommodated in a space that has only a few showers and toilets, not having been built for accommodation purposes. There are so many people there now that another 200 are camped outside.

There were so many young children that laughed and played with us. It was heart-breaking to see their smiles while their parents told us of harrowing journeys and ordeals.

These are people that have fled war torn countries and persecution, leaving their businesses, homes and family members to go in search of safety and the chance to live without fear.

“They need our help; they don’t warrant our fear”.

Let’s look at the facts

The number of refugees worldwide grew by 500,000 in 2018 to 25.9 million people, the highest number ever recorded. A refugee is a person who is forced to flee their country because of conflict, war or persecution. Nearly half the world’s refugees are children while an estimated 111,000 are alone and without their families.

About all of us

Pope Francis in his recent message for the 105th World Day of Migrants and Refugees, which is commemorated on Sunday, September 29, 2019 said:

Faith assures us that in a mysterious way the Kingdom of God is already present here on earth (cf. Gaudium et Spes, 39). Yet in our own time, we are saddened to see the obstacles and opposition it encounters. Violent conflicts and all-out wars continue to tear humanity apart; injustices and discrimination follow one upon the other; economic and social imbalances on a local or global scale prove difficult to overcome. And above all it is the poorest of the poor and the most disadvantaged who pay the price.

The most economically advanced societies are witnessing a growing trend towards extreme individualism which, combined with  utilitarian mentality and reinforced by the media, is producing a “globalisation of indifference”.

In this scenario, migrants, refugees, displaced persons and victims of trafficking have become emblems of exclusion. In addition to the hardships that their condition entails, they are often looked down upon and considered the source of all society’s ills. That attitude is an alarm bell warning of the moral decline we will face if we continue to give ground to the throw-away culture. In fact, if it continues, anyone who does not fall within the accepted norms of physical, mental and social well-being is at risk of marginalisation and exclusion.

Pope Francis: ‘It’s not just about migrants, but about all of us’

For this reason, the presence of migrants and refugees – and of vulnerable people in general – is an invitation to recover some of those essential dimensions of our Christian existence and our humanity, that risk being overlooked in a prosperous society.