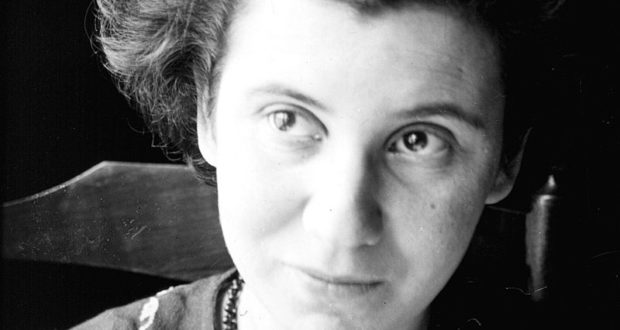 Etty Hillesum was a vital, life-giving presence in the midst of darkness and evil.  Through the months in the concentration camp, as her contemplative heart attended to her inner life more and more, she developed a deep sense of solidarity which her people, and she found she longed to care for the weakest and most vulnerable. She interrupts the scoffing scepticism of our time about religious faith, and invites us too to learn what it means to listen deeply, and believe again. 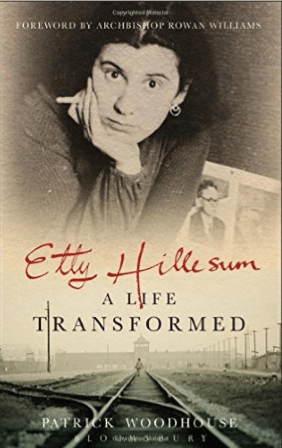 Who was Etty Hillesum? Born 15th of January 1914 in Holland, she was an eldest child, with two younger brothers, in a family she used to describe as “degenerate” “tainted” “mad house” “chaos”.  She was a Jew but had not been brought up with any religious commitment. Not once in her diary does Etty ever mention synagogue attendance or Jewish family ritual. Her outlook was by and large humanist, not formed by a religious framework of understanding.

In 1932 Etty went to Amsterdam to study law and afterwards Slavic languages and Russian. During her university years she was involved in left-wing antifascist student circles. After an affair with the widower who she was working for, Etty meets the most important man of her life, psychologist Julius Spier. Spier had worked in Zurich with Jung, who had encouraged him to develop his skill in chirology, the practice of psychoanalysis through the reading of people’s palms. He was a gifted and charismatic figure and gathered around him a group of students, particularly women. Etty became part of this group and went into therapy with Spier, developing a close relationship with him and becoming his secretary.

Etty Hillesum began writing her diary on 9th March 1941, as a 27-year-old Dutch Jew living in enemy occupied Amsterdam. Her diary together with the letters she wrote from the transit camp became one of the most remarkable set of documents to emerge from the Nazi Holocaust. In July 1942 she was transported to Westerbork, a transit camp for Dutch Jews and eventually, in September 1943, to Auschwitz, where she died.

In this hell Etty Hillesum spent the last three months of her life caring for the vulnerable, visiting the sick in hospital barracks, and writing letters to friends. By her vitality and warmth, her humanity and passionate care, she became a source of life and inspiration to others. And it was from this place that, despite everything that was happening around her, she wrote, “Life is glorious and magnificent”. Before they finally left the Netherlands on the train to Auschwitz, Etty threw a postcard addressed to a friend out of the train. It was found and sent on by some farmers. It read: “We left the camp singing.”

As the Nazi terror intensifies, this passionate young woman confronts and struggles with her disordered personality, and begins to find herself. It is the moving account of personal redemption. But it was her exploration into and beyond herself, her profoundly religious quest, which paved the way to her real greatness. It was this which enabled her in the midst of the horror of the Holocaust to retain her humanity, and to transform, even there in the camp, how the world can be seen.

What became her faith was from the beginning rooted and grounded in her own immediate, personal and direct experience.

“I’ll turn inward for half an hour each morning before work, and listen to my inner voice. Lose myself. You could also call it meditation. I’m still a bit wary of that word. But anyway, why not? A quiet half-hour within yourself… But it’s not so simple, that sort of quiet half hour has to be learned. Lots of unimportant inner litter and bits and pieces have to be swept out first. So, let this be the aim of meditation: to turn ones in most being into a vast empty plane, with none of that treacherous undergrowth to impede the view. So that something of ‘God’ can enter you, and something of ‘Love’ too.”

As this new path was pursued, she became more and more vividly aware of a separation between the thinking mind and the more hidden inner sources which she was in search of: “You must live and breathe with your soul… If you live by your mind alone, yours is but a poor existence.” Etty Hillesum gives this inner world a label – “soul-landscape”.

Her discipline and watchfulness over herself grew more severe and constant. In her diary, she traces the subtle fluctuations of her inner life in her search for what is true. The conviction grows deep in her that at the root of the human heart lay goodness and love. Not, despite all the evidence, malice and evil. And so, she remains determined that she will refuse hatred. As the world around her grew uglier, her need for beauty grew. One of the loveliest dimensions of Etty’s story is her relationship with living things, especially flowers.

The driving force that took her spirituality deeper was the terror of the Nazi regime:

“I drew prayer around me like a dark protective wall, withdrawn inside it as one might into a convent cell. I can imagine times to come when I shall stay on my knees for days on end waiting until the protective walls are strong enough to prevent my going to pieces altogether, my being lost and utterly devastated.”

She finds that she is both deeply soothing and strangely surprised that among such terrible horrors there could be such profound comfort.

As she contemplates the helplessness of her Jewish people, their suffering and their fate, she realises that her task is not in bitterness to abandon faith in God, but to look after him and care for him, for she knows that if they lose God they lose everything – their humanity, integrity, beauty as people, their life. They will disintegrate. She writes:

“What matters later is not whether we preserve our lives at any cost, but how we preserve them. There doesn’t seem to be much You Yourself can do about our circumstances, about our lives. Neither do I hold You responsible. You cannot help us, but we must help You and defend Your dwelling place inside us to the last.”

And so, God becomes to her a vulnerable presence, to be looked after and cherished in the human heart. Etty Hillesum remained determined to see the faces of human beings beneath the ugly masks of war and kept refusing hatred:

“I no longer believe that we can change anything in the world until we have first changed ourselves. And that seems to me the only lesson to be learned from this war. That we must look into ourselves and nowhere else. Yes, it’s too easy to turn your hatred loose on the outside, to live for nothing but a moment of revenge. We must try to do without that.”

Etty is clear that the only truly creative response to suffering is to bear it.

July 1942 saw the rising intensity of the persecution, the raids on Jewish businesses, imposed curfews etc. Westerbork ceased to be a refugee camp, becoming a transit camp for Jews on the way to labour and concentration camps in the East. Etty Hillesum could have hidden but she didn’t. Why? She had lost individual self-interest, and felt solidarity and interconnectedness with others. She knew that if she went into hiding her soul would be invaded by fear – and in a sense, she would die. And she felt a vocation to be at the forefront of life where people were hurting and where she could use her skills to relieve some of that pain. Despite everything she feels remarkably calm, even strangely happy with a new gentleness and a new confidence growing stronger inside her. As she struggles to cope with the overcrowding, she finds she needs solitude: “There is always the quiet room in some corner of our being and we can always retire is there for a while. Surely, they can’t rob us of that. There is a vast silence in me, that continues to grow.”

Etty decides that her duty is to write and to record what is happening to her fellow people, as to bear witness to the fact that God lived, even in those times. As a part of her job with the Jewish council, she is visiting Westerbork and offering help. At some point, her parents and a brother ended up in the camp as well.  Etty felt that if she let her pity for them intrude too much into her heart, her own capacity to survive would be at risk:

“I know that we must not lose ourselves so completely in grief and concern for our families that we have little thought or love left for our neighbours. More and more I tend towards the idea that love for everyone who may cross your path, love for everyone made in God’s image, must rise above love for blood relatives.”

Together with her family she has been transported into Auschwitz. Before the train left the Netherlands, Etty Hillesum wrote a card and threw it out a crack in the boarded-up train. It read:

“I am sitting on my rucksack in the middle of a full freight car. Father, Mother, and Mischa are a few cars away. In the end, the departure came without warning. We left the camp singing, father and mother firmly and calmly, Mischa too. Friends left behind will still be writing to Amsterdam; perhaps you will hear something from them. Or from my last long letter from camp. Goodbye for now from the four of us. Etty”

They arrived in Auschwitz 10th September. She died there on 30th November.

What is astonishing is that in just two years despite all that was happening around Etty Hillesum – she succeeded in breaking through to an altogether deeper dimension of living. She went on to explore and develop an inner life of such depth and richness that not only was she sustained through the hell of the transit camp, but she became a luminous figure to those who knew her and for whom she cared for in the camp. It was a triumph of the human spirit.

Book “Etty Hillesum – A Life Transformed” explores her life and writings, seeking to understand how her journey developed, how her spirituality was shaped, and what her profound reflections on the roots of violence and the nature of evil can teach us today. It can be bought on Amazon.

© Copyright 2022 - Presentation Sisters Union North East Ireland - All rights reserved | Website by Digital Training Institute
16 Shares
Share16
Tweet
We use cookies to ensure that we give you the best experience on our website. By your continued use of this site you accept such use.ACCEPTREAD MORE