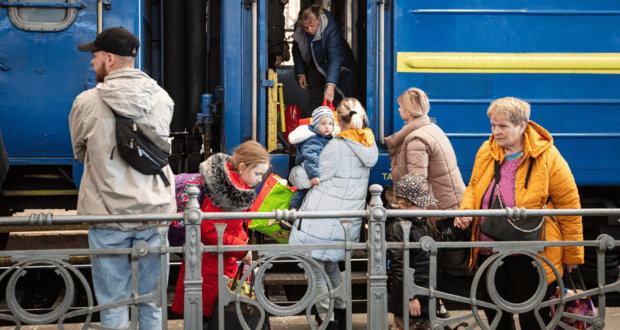 World Refugee Day 2022 is observed on Monday, 20 June 2022. The World Refugee Day 2022 theme is:  ‘Together we heal, learn, and shine’.  Supporting, helping, and ensuring the safety of refugees should be an all-time goal and not just limited to the Refugee Day.  However, this day is a means to create awareness about the hardships of refugees and is vital in raising support and help for all people forced to leave their homeland due to terror, conflicts, wars, prosecutions, or any other crises.

World Refugee Day was designated as an International Day by the UN (United Nations) to honour refugees around the globe.  According to a recent United Nations report (see link below), the number of people forced to flee conflict, violence and persecution has now crossed a staggering milestone - more than 100 million. Of these refugees, nearly half are children.  Millions are exploited. Their journeys are often deadly and when they do arrive at a place of safety, they are often denied access to basic rights such as education and healthcare.

The conflict in Ukraine has brought unfathomable heartbreak, but it has also shown humanity at its best. More than 7.6 million people have fled Ukraine. People have opened their homes and offered warm meals. Neighbouring countries have opened schools for Ukrainian children and are providing healthcare to families fleeing violence. The European Union has offered temporary protection to migrants. Organisations like the Red Cross and Red Crescent have offered mental health support to help heal the invisible wounds of war. The response has been nothing short of incredible.

However, while Ukraine has dominated the headlines, this is also the moment to open our hearts wider to the plight of all refugees from around the world.

The solutions to the challenges of global migration are complex and varied but our response to the conflict in Ukraine demonstrates that we can work together to find tangible ways of working at local, regional and global levels to help those who need it most.

Prayer for the forgotten

Lord Jesus,
You were born in the insecurity of homelessness,
Your family had to flee the violence of the powerful,
You chose to walk the roads of Galilee with the poor,
You listened to and welcomed the marginalised,
and all who were despised and afraid.

You heard the call of the bereaved,
And in your silence before Pilate,
you let the call for true justice resound.

To those who today suffer in exile or are cut off from their loved ones,
manifest your presence through our fraternal love,
as we seek to find ways to accompany, defend and support them.

Be the support of those people who commit themselves
to welcoming all, in Your Name.

Enlarge our hearts and nourish our daily commitment
to share the hope that you have brought,
and that you still bring to our world.

We ask this of you, who live with the Father and the Spirit
today and forever.

(Adapted from an original prayer by Global Jesuit Refugee Services).

World Refugee Day: What is a refugee? – CBBC Newsround

Ireland’s response to the Russian invasion of Ukraine (www.gov.ie)