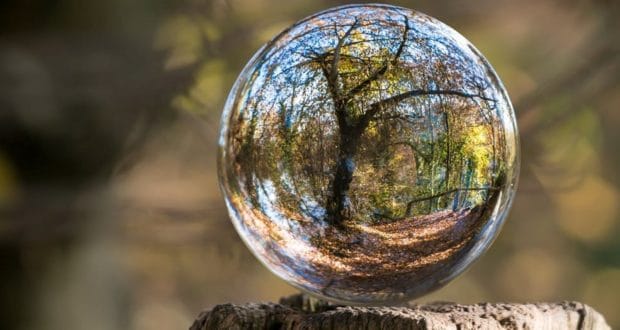 The passing of the Fossil Fuel Divestment Bill on the afternoon of Thursday 12th July  2018, has made history.  Ireland is the first country in the world to commit to withdrawing public money invested in fossil fuels, the industry which is contributing most to climate change.

This Bill will stop public money being invested against the public interest, and it sends a clear signal nationally and globally that action on the climate crisis needs to be accelerated urgently, starting with the phase out of fossil fuels.  It is expected to pass rapidly through the upper house, meaning it could become law before the end of the year.

The Bill did not just happen.  It is the culmination of the culmination of more than two years’ work by Thomas Pringle TD, Trócaire, other civil society, activist and student groups, and the Global Legal Action Network (GLAN).  Gerry Liston, the Legal Officer with the Global Legal Action Network, who drafted the Bill, explains its urgency. “Governments will not meet their obligations under the Paris Agreement on Climate Change if they continue to financially sustain the fossil fuel industry. Countries the world over must now urgently follow Ireland’s lead and divest from fossil fuels.”

Éamonn Meehan, Executive Director of Trócaire said: “Today the Oireachtas has made a powerful statement. It has responded to the public’s call for leadership on this issue and sent a powerful signal to the international community about the need to speed up the phase out of fossil fuels if global climate goals are to be delivered.

This is vital. Climate change is one of the leading drivers of poverty and hunger in the developing world and we see its devastating impact every day in the communities in which we work. Extended droughts, floods and storms have already contributed to the deaths of hundreds of thousands of people, with millions more facing hunger and in need of urgent aid just to survive”.

Up to ninety-seven percent of climate scientists have attributed climate change to human activity, at least in part. On October 3rd 2017, as the Church   prepared to celebrate the feast of St Francis of Assisi, the Global Catholic Climate Movement announced that 40 Catholic organisations were taking a moral stand and are sending a very clear message to governments and the fossil fuel industry that their business model is not aligned with a health climate and a sustainable society.

These organisations cited the call of Pope Francis in his 2015 encyclical, “‘Laudato Si’, on Care for Our Common Home”, to take steps to protect the environment as well as the importance of making investments that lead to a carbon-neutral economy in an effort to address climate change.

The Union of Presentation Sisters in Ireland (as one of these 40 organisations), have committed themselves publicly to divest from investments which deal with the highly  polluting fossil fuels coal, tar sand and oil shale, and to encourage other Catholic investors to join the divestment coalition.

This Bill is sending a clear signal that breaking the ties with fossil fuel companies is becoming the new norm: investing in them is no longer economically viable nor morally right. The only way to meaningfully address the climate crisis is to stop putting money into the fossil fuel industry and instead to support the momentous rise of renewable energy.

“The groundswell that’s been building around the planet for divestment derives its power from everyone working together toward the same end. It’s all one big fight. And we’re winning more and more of that fight,” declared 350.org co-founder Bill McKibben.

“Irish activists have done amazing work to make this happen—I’ve watched with awe as activists from environmental groups and the Catholic social justice movement have transformed the debate in the country,” says McKibben.

The ‘Our Common Home’ Project at WMOF2018 is being offered in partnership with the Global Catholic Climate Movement, Trócaire and Laudato Si’ Ireland. These organisations are working to encourage all of us to speak out on environmental issues which pose a serious threat to our planet.

Pope Francis poses a serious question in Laudato Si’: “What kind of world do we want to leave to those who come after us, to children who are now growing up?” (Laudato Si’ 160).

We can rethink our habits of consumption and join in caring for the environment as our common home.  In response to this call from Pope Francis, WMOF2018 is endeavouring to be as sustainable as possible.

Individuals and families attending WMOF2018 in August will be able to visit ‘Our Common Home’ eco-spaces and join in discussion, prayer and action in caring for our beautiful planet. Pilgrims will be invited to discover more about how to care for our beautiful world and live more sustainable lives through eco-workshops for all ages.

Families will also be invited to visit the Our Common Home Laudato Si’ garden, the Eco Prayer Space and to meet some of our eco volunteers.

As a global family, we need to act now and do much better in caring for our common home.

For more information on ‘Our Common Home’ project please contact Jane Mellett at the World Meeting of Families 2018: jane.mellett@worldmeeting2018.ie  Jane Mellett is Project Co-ordinator of the Our Common Home Project, WMOF2018.