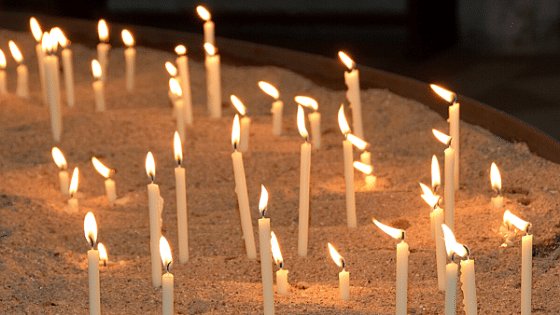 Health of the Sick

Tuesday, February 11 2020 is World Day of the Sick an observation started by Pope John Paul II as a way for believers to offer prayers for those suffering from illnesses. The day coincides with the Feast of Our Lady of Lourdes.  On this day people around the world take the time to pray for the health of the sick and for those who work very hard to alleviate the sufferings of the sick. Faith organisations mark this day especially to provide the sick with medicines, food, and spiritual guidance.

Pope John Paul II initiated the day in 1992 to encourage people to pray for those who suffer from illness and for their caregivers. The Pope himself had been  diagnosed with Parkinson’s a year before, in 1991, and it is considered that his own illness was impetus for his designation of the day.

The theme of this year’s celebration is “Come to me, all you who labour and are burdened, and I will give you rest,” taken from Matthew’s Gospel (11:28).

”   … Jesus repeats these words to the sick, the oppressed, and the poor. For they realise that they depend entirely on God and, beneath the burden of their trials, stand in need of his healing. Jesus does not make demands of those who endure situations of frailty, suffering and weakness, but offers his mercy and his comforting presence. He looks upon a wounded humanity with eyes that gaze into the heart of each person. That gaze is not one of indifference; rather, it embraces people in their entirety, each person in his or her health condition, discarding no one, but rather inviting everyone to share in his life and to experience his tender love”.  ~  Pope Francis in his message for this 28th World Day of  the Sick

Pope Francis also remembers all those who have a key role in offering rest and renewal to our sick brothers and sisters – healthcare workers: physicians, nurses, medical and administrative professionals, assistants and volunteers. [ He says] Thanks to their expertise, they can make patients feel the presence of Christ who consoles and cares for the sick, and heals every hurt. Yet they too are men and women with their own frailties and even illnesses. They show how true it is that “once Christ’s comfort and rest is received, we are called in turn to become rest and comfort for our brothers and sisters, with a docile and humble attitude in imitation of the Teacher”.

Towards the end of his message Pope Francis says:

“I think of our many brothers and sisters throughout the world who have no access to medical care because they live in poverty. For this reason, I urge healthcare institutions and government leaders throughout the world not to neglect social justice out of a preoccupation for financial concerns. It is my hope that, by joining the principles of solidarity and subsidiarity, efforts will be made to cooperate in ensuring that everyone has access to suitable treatments for preserving and restoring their health. I offer heartfelt thanks to all those volunteers who serve the sick, often compensating for structural shortcomings, while reflecting the image of Christ, the Good Samaritan, by their acts of tender love and closeness.

To the Blessed Virgin Mary, Health of the Sick, I entrust all those who bear the burden of illness, along with their families and all healthcare workers. With the assurance of a remembrance in my prayers, I cordially impart my Apostolic Blessing”.

See pdf.doc of Message by Pope Francis for World Day of the Sick 2020:  papa-francesco_20200103_giornata-malato

© Copyright 2022 - Presentation Sisters Union North East Ireland - All rights reserved | Website by Digital Training Institute
20 Shares
Share20
Tweet
We use cookies to ensure that we give you the best experience on our website. By your continued use of this site you accept such use.ACCEPTREAD MORE