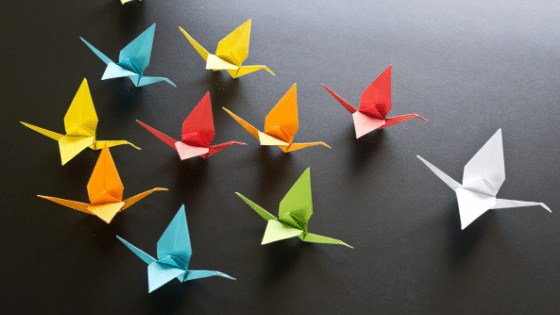 The UN Secretary General, Antonio Guterres said in his message, “The world is indebted to the people in Hiroshima and Nagasaki, the other A-bombed city, for their courage and moral leadership in reminding us all about the human cost of nuclear war.”

Hiroshima marked the 74th anniversary of its atomic bombing by the United States on Tuesday 6th August, with the city’s Mayor Kazumi Matsui putting pressure on the Japanese government to join a UN treaty banning nuclear weapons in his peace declaration speech.

We must not go to war again

Despite occasional heavy rain due to a typhoon, local people of all ages and tourists visited the Memorial Park from early morning to pay tribute to those who died in the bombing and wish for peace.

Yasuo Kubo, 74, who experienced the bombing as a baby, offered a prayer as he does every morning. But he feels “special” when the anniversary comes.

“We must not go to war again. Everyone will understand that if they come here.”

Yumeka Yamamoto, a 19-year-old local university student, said classmates from other prefectures gave her a questioning look when she said she would go to the park on the morning of the anniversary.

“I felt a bit sad. I want people outside Hiroshima to be more interested in (the atomic bombings),” she said.

A moment of silence was observed at 8:15 am, the exact time on August 6, 1945, when a uranium-core atomic bomb named “Little Boy” dropped by a US bomber exploded above Hiroshima killing an estimated 140,000 people by the end of that year.

A second atomic bomb was dropped on Nagasaki on August 9 the same year and Japan surrendered six days later, bringing World War II to an end.

The combined number of surviving hibakusha from either bombing stood at 145,844 as of March, with their average age at 82.65.

“Intolerance is itself a form of violence and an obstacle to the growth of a true democratic spirit. To confront our current circumstances and achieve a peaceful, sustainable world, we must transcend differences of status or opinion and strive together in a spirit of tolerance toward our ideal. To accomplish this, coming generations must never dismiss the atomic bombings and the war as mere events of the past. It is vital that they internalise the progress the hibakusha and others have made toward a peaceful world, then drive steadfastly forward.

World leaders must move forward with them, advancing civil society’s ideal. This is why I urge them to visit the atomic-bombed cities, listen to the hibakusha, and tour the Peace Memorial Museum and the National Peace Memorial Hall to face what actually happened in the lives of individual victims and their loved ones. I want our current leaders to remember their courageous predecessors: when nuclear superpowers, the U.S. and U.S.S.R., were engaged in a tense, escalating nuclear arms race, their leaders manifested reason and turned to dialogue to seek disarmament.

This city, along with the nearly 7,800 member cities of Mayors for Peace, is spreading the Spirit of Hiroshima throughout civil society to create an environment supportive of leaders taking action for nuclear abolition.

Today, at this Peace Memorial Ceremony commemorating 74 years since the atomic bombing, we offer our heartfelt consolation to the souls of the atomic bomb victims and, in concert with the city of Nagasaki and kindred spirits around the world, we pledge to make every effort to achieve the total elimination of nuclear weapons and beyond that, a world of genuine, lasting peace”.

~ See the full text of the Peace Declaration read on Tuesday by Hiroshima Mayor Kazumi Matsui at the ceremony to mark the 74th anniversary of the atomic bombing of the city.    HERE

The symbolism of the crane

In Japan, the crane is a mystical creature and is believed to live for a thousand years.  As a result, in the  Japanese, Chinese and Korean culture, the crane represents good fortune and longevity.  The Japanese  refer to the crane as the “bird of happiness”.  The wings of the crane were believed to carry souls up to  paradise. Mothers who pray for the protection of the crane’s wings for their children will recite the  prayer:

“O flock of heavenly cranes cover my child with your wings.”

Traditionally, it was believed that if one folded 1000 origami cranes, one’s wish would come true.   It has also become a symbol of hope and healing during challenging times.  As a result, it has become  popular to fold 1000 cranes (in Japanese, called “senbazuru”). The cranes are strung together on strings – usually 25 strings of 40 cranes each.