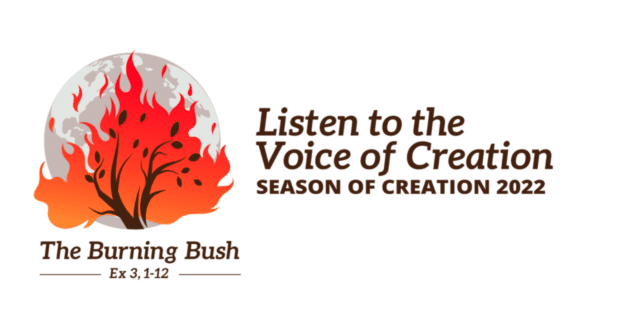 “Praise be to you my Lord, with all your creatures,” prayed St. Francis of Assisi, well before the Season of Creation began. With this simple but profound prayer, he has encouraged believers of many generations to recognise creation as the fruit of God’s eternal Love.

The Season of Creation begins on September 1, World Day of Prayer for the Care of Creation, and ends on October 4, the feast of St. Francis of Assisi, the patron saint of ecology beloved by many Christian denominations. During this period in particular individuals and communities are invited to participate through prayer, sustainability projects and advocacy.

Launch event of the Season of Creation 2022

On  Wednesday, February 23 the launch event of the Season of Creation 2022 took place online, with the participation of leaders of the different Ecumenical Churches, broadcasted in this YouTube channel.

In 2021, thousands of people around the world celebrated hundreds of events together with their communities, numerous “Abraham tents” were built on six continents, as a symbol of the theme that guided the celebration.

“Listen to the Voice of Creation” is the theme that will summon hundreds of thousands of Christians around the world to celebrate the Season of Creation 2022.

“The heavens are telling the glory of God, and the firmament proclaims God’s handiwork. Day to day pours forth speech, and night to night declares knowledge…their voice is not heard, yet their voice goes out through all the Earth, and their words to the end of the world.” (19: 1-4)

Creation never ceases to proclaim, but do we listen?

The symbol chosen for this year is the burning bush, which contrasts the fire of so many unnatural fires that aggravate the climate crisis; with the sign of fire as the light of the Holy Spirit that unites Christians.

May we never cease to proclaim for the ‘Voice of Creation’, listening deep within our hearts to discover ‘what is most urgently ours to do’?

See What is the Season of Creation? – Laudato Si Movement