Featured News
Home / News / Recycling is not the solution 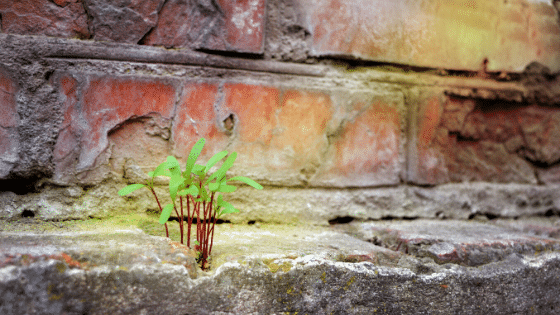 Recycling is not the solution

I read an article this morning by John Vidal in the Guardian Newspaper and recognised immediately with some relief that it is actually naming ‘the proverbial elephant in the room’ stating what we deep down all know to be true.  In general, in the midst of long-term  crises, we can often find it easier to keep doing the same thing without addressing core solutions, or trying something different. There can be much needed certainty and a certain feel good factor in a decision to just keep going as we are. But this is not enough. Vidal believes that there is no way of making current levels of consumption ‘environmentally friendly’ consequently, recycling is not the solution.

“Telling people what they can throw out and recycle is important, but corporations and governments that are in the business of growth do not want to address the real problem: the vast and escalating quantity of plastic and other stuff that people buy, use a bit and then throw away. Along with celebrities, “influencers” and PR companies, they seek to create needs for things we never knew we wanted, and then manipulate us to buy more of everything. Bombarded by advertisements, we are then persuaded that the more we binge-shop, the more fulfilling and satisfying our lives will be.

Industries respond that some recycling rates are increasing and that targets are being met, but the fact is we are burning more fossil fuels than ever to make and then dispose of things that we just do not need. Shopping is now equated with fun and fulfilment, our public holidays have been turned into buying fests, high-street health is measured in sales, and the bosses of chain stores stand down if people don’t buy more new stuff from them each year”.

“The result is that every person in the UK on average throws out 400kg a year of waste – not far short of the weight of a small car or very large motorbike. That compares to 745kg of municipal waste a year generated per person in the US and 237kg in Africa. And in the UK overall recycling rates have stalled.

Supermarkets switching from one sort of packaging to another may prevent some nasties getting into the sea or being burned but this is not nearly enough. The way to avoid ecological disaster is to starve the beast of consumerism, by buying less and reusing more of everything. Rather than blame meat or toy castles or aeroplane flights, we must change consumer habits and attitudes to consumption”.

Recycling is not the solution

The voracious “take-make-dispose” industrial model has been identified by people such as former sailor Ellen MacArthur as the real culprit. Her foundation argues that the plastic waste crisis is just the symptom of a single-use culture and that plastics should never become waste. It calls for a circular economy based on the principles of designing out waste and pollution by keeping products and materials in use.

“We can shop hyper-locally, frequent second-hand shops, grow more food ourselves, become more self-sufficient. But above all, we can learn to just say no to buying ever more new stuff. […] It is the antidote to the throwaway corporate culture and the chain stores, which take money out of the local communities”.

See text of the full Guardian article The solution to the plastic waste crisis? It isn’t recycling

Catching that passion to change

Br. David Steindl Rast in his annual letter for this New Year said:

What shall I write? We’ve all heard the quip about “comforting the afflicted and afflicting the comfortable.” I will try to say something to comfort the afflicted (myself included), but i must start by afflicting the comfortable – sorry, you might be one of them. Look around, right now, and count the light bulbs you have left burning unnecessarily, maybe in an empty room. That waste of energy provides an excuse for nuclear power plants, behind which hide atomic bombs. Or take climate change: What is more grotesque, a President who denies its existence, or we, who know what we can do against it – and do nothing? How much of meat or dairy products will you be consuming, during these holidays? Are you really ignorant of the fact that animal husbandry causes more greenhouse gases than all land, water and air traffic together – apart from the suffering of animals and the damage to your own health? If you seriously want to do something against climate change, you can start today. “Never ever depend on governments or institutions to solve any major problems,” says Margaret Mead. “All social change comes from the passion of individuals.”

Passion for change – that’s what I wish each one of you for 2020. (And here begins the comforting part of this message). We can overcome our sense of helplessness by turning it into passion for change. Only two things are needed: 1. Inform yourself; 2. resist lazy excuses.

Both have helped me. I’m a slow learner, but now I am ashamed of the excuses I used to find. The Rule of St. Benedict strictly forbids monks to eat meat. Yet, many of us who solemnly vow to keep that Rule, still find excuses. Kind people, whose kindness I strive to imitate, act, nevertheless, like sleepwalkers in the face of the world’s crisis. Our current catastrophe has not been caused by monsters, but by sleepwalkers.

‘Wake up, wake up from sleep!’ The sacred songs of this season keep repeating this wake-up call. And they sing of a child who will save us.

One wide awake child is waking up many, these days: Greta Thunberg spoke up – kind, peaceful, and with passion – and in a short time millions of others have rallied behind her. To quote Margaret Mead once more:

“Never doubt that a small group of thoughtful, committed, citizens can change the world. Indeed, it is the only thing that ever has”.

There is our hope, Br. David  says:

“We need to support that hope, till it hurts. We need to pray for it awake and with passion. And we need to remember that Hope is an attitude different from our hopes. When all our hopes are shattered, Hope remains as radical openness for surprise. It is that Hope I wish you”.

Note: Margaret Mead was an American cultural anthropologist, who was frequently a featured writer and speaker in the mass media throughout the 1960s and 1970s.