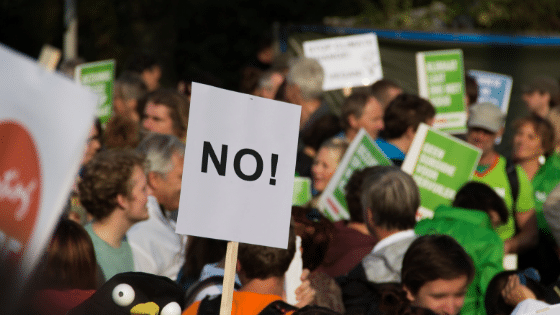 This morning I was reading an article that came into my mailbox from the Global Sisters Report as part of their New Horizons column.  It was a piece written by Sr. Susan Rose Francois a member of the Congregational Leadership Team for the Sisters of St. Joseph of Peace.  In it she writes about ‘Choosing to resist for the whole’.

It is a really powerful piece that reminds us of  another way, that is the ‘way of Jesus’.

You can read the article in the link HERE

There is a risk that our media culture can enable and indeed facilitate us into being content to be armchair activists and to develop very robust and informed opinions, but yet make no impact on change.

Susan says that ‘Resistance’ is a word that has renewed meaning in our present era.  A word that you will find trending on social media or that you see included in creative signs at marches for women’s rights or climate crisis action.

She shares the very recent example (on July 18) of resistance being personified by almost 70 Catholics who were arrested on the Catholic Day for Action for Immigrant Children.  As she witnessed two lay associates from her own congregation (the Sisters of St. Joseph of Peace) as among those arrested, she says:  “I was certainly with those arrested in spirit, and in the future I may choose to resist inhumane and unjust policies through civil obedience myself”.

She says,  “…that in reality those Catholics arrested in Washington DC were being faithful to a long tradition of Christian resistance.  Their collective and prayerful act of civil disobedience in the nation’s capital was intended to slow the progress of inhumane policies and practices taking place in our name against families seeking refuge and safety.  Did they end child detention? Not yet.   However, what they certainly did do was raise the public’s consciousness through media attention drawn by this public act of resistance”.

Christian resistance follows in the footsteps of Jesus

Susan quotes from her own community’s Constitutions: “Christ is our peace, the source of our power. United with him we engage in the struggle against the reality of evil and continue the work of establishing God’s reign of justice and peace”. She says: “Sometimes this takes risk, such as taken by those Catholics who faced arrest to stand against injustice and resist inhumane policies”.

Quoting Walter Wink from this book Engaging the Powers: Discernment and Resistance in a World of Domination, Wink says that when Jesus turned the other cheek he (Wink) believes that he was outlining “a third way, a way that was neither submission or assault, neither fight nor flight, a way that can secure your human dignity and begin to change the power equation”.

It is true. The state of the world today can be somewhat paralysing for people of good will. Yes, we can become numb to news items and to the constant stream of images of suffering humanity.  While being overwhelmed by it all – at the same time she says ‘we must choose to resist the inhumanity’.  She explains how she has been praying with the idea of Jesus’s third way and discerning how she might embody this in her own life.

Susan shares a sample from a longer list of creative responses (for those who choose to resist) from Wink:

“This we can do in big and small moments when we choose to speak out:

“ […]  in the open, in the public square and in our own spheres of influence.  We can resist dehumanising language and actions through our conversations, through or social media presence, through our letters to the editor or phone calls  […]  we can stand against unjust policies carried out in our name.  And we can do so with the best of our humanity”.

Susan, thank you for sharing this experience and inspiration through Global Sisters Report.

© Copyright 2022 - Presentation Sisters Union North East Ireland - All rights reserved | Website by Digital Training Institute
8 Shares
Share8
Tweet
We use cookies to ensure that we give you the best experience on our website. By your continued use of this site you accept such use.ACCEPTREAD MORE