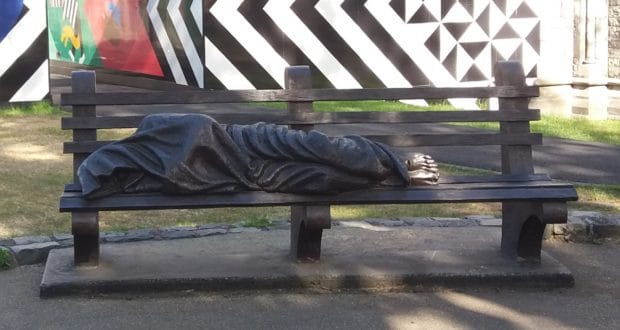 It is an unprecedented moment.  A global issue confronting national governments, the United Nations and the Vatican.  As catholic organisations and congregations join other religious and humanitarian groups to assist those directly affected, they  also work to overcome perhaps an even larger challenge: Opening hearts and minds to the plight of refugees.

We do not necessarily need to do extraordinary and extravagant things to make a difference in the lives of people. Small gestures, ordinary gestures, when done with sincerity, with the light of human understanding and compassion, can do extraordinary things.  See Nano Nagle

This week World Refugee Day on Wednesday 20th June  will be marked  by grass roots initiatives and awareness campaigns.

Not long after his death, Jesus appeared to two disciples on the road to Emmaus. They were full of fear following Jesus’s death. They didn’t recognise Jesus until they sat down for a meal together and he broke bread.

How many times in a day do we not recognise Jesus in the people who cross our paths? We may be busy or distracted, or we may be closed in the tomb of our own fears and misconceptions.

Share the Journey is an invitation to roll away the stones that are blocking our hearts and imagination and to share the journey with each other – in particular with the most vulnerable people, such as migrants.

Pope Francis whose father was an Italian immigrant in Argentina has warned about the ‘globalisation of indifference’ towards the plight of refugees and migrants.  It is a theme he repeatedly makes in public appearances and statements.  In his appeals he is trying to awake a sense of the humanity we are losing, in stark contrast to a politically heated rhetoric that is so often focusses on ‘stopping the migrants’  rather than attempting to look at solutions to the issue of migration and its root causes.

Fifty-five percent of refugees globally come from three countries according to the UNHCR: Syria (5.5 million); Afghanistan (2.5 million) and Sudan (1.4 million).    In all three countries, fear, violence and repression are prompting huge flights of migrants.