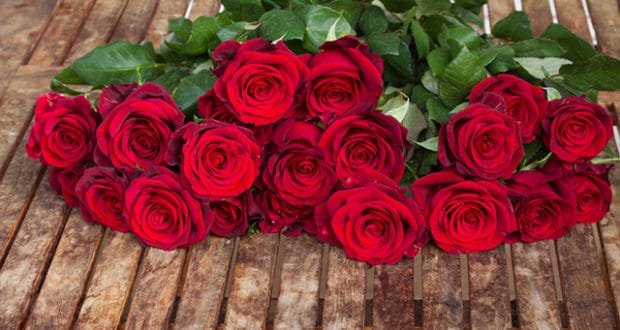 The story behind St. Valentine

The origin of this holiday for the expression of love really isn’t romantic at all—at least not in the traditional sense.

St. Valentine was a Roman Priest at a time when there was an emperor called Claudius who persecuted the church. This Emperor had issued an edict that prohibited the marriage of young people. This was based on the hypothesis that unmarried soldiers fought better than married soldiers because married soldiers might be afraid of what might happen to them or their wives or families if they died.  Valentine was eventually caught, imprisoned and tortured for performing marriage ceremonies against command of Emperor Claudius the second. In the year 269 AD, Valentine was sentenced to a three part execution of a beating, stoning, and finally decapitation.

Throughout the centuries since Valentine received martyrdom there have been various basilicas, churches and monasteries built over the site of his grave. Therefore, over the years, many restorations and reconstructions took place at the site.

In 1835 an Irish Carmelite by the name of John Spratt was visiting Rome. Apparently his fame as a preacher had gone before him, no doubt brought by some Jesuits who had been in Dublin. The elite of Rome flocked to hear him and he received many tokens of esteem from the doyens of the Church. One such token came from Pope Gregory XVI (1831-1846) and were the remains of Saint Valentine.

On November 10th, 1836, the Reliquary containing the remains arrived in Dublin and were brought in solemn procession to Whitefriar Street Church, Dublin.

Today, the Shrine is visited throughout the year by couples who come to pray to Valentine and to ask him to watch over them in their lives together.

Dear Saint and glorious martyr,
teach us to love unselfishly and to find great joy in giving.
Enable all true lovers to bring out the best in each other.
Let them love each other in God and in God in each other. 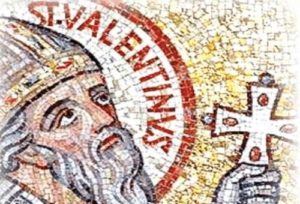 Love
Love is patient and kind
It does not envy or boast
And it’s never proud,
Love is not rude or selfish,
It does not get angry easily,
Or keep track of wrongs.
Love does not delight in bad
Things but rejoices in the truth.
Love always protects,
Trusts, hopes and perseveres.

© Copyright 2022 - Presentation Sisters Union North East Ireland - All rights reserved | Website by Digital Training Institute
1 Shares
Share1
Tweet
We use cookies to ensure that we give you the best experience on our website. By your continued use of this site you accept such use.ACCEPTREAD MORE