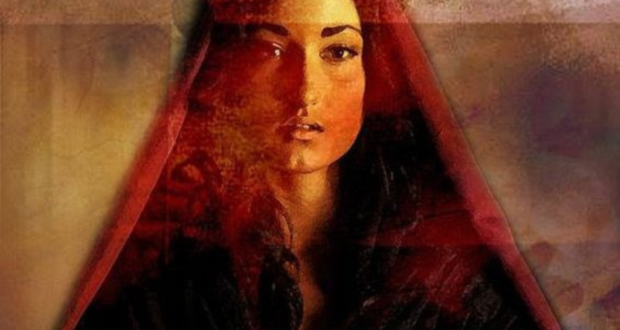 Today (22 July) we celebrate the Apostle Mary Magdalene.  She was a  follower of Christ, who travelled with him and the Twelve during his earthly ministry, together with several other women who supported them.

“While [Mary Magdalene] has often been sentimentalized or sexualized, there has not until recently been the slightest threat of her being divinized, and her intact humanness is her saving grace. Now that a new generation of Bible scholarship has corrected the glaring inaccuracy of her earlier portrayal as a prostitute and is steadily laying the groundwork by which she will sooner or later be able to fully reclaim her role as Jesus’ spiritual partner and [wisdom] lineage bearer, what presents itself to us is an accessible and entirely believable portrait of “one who got there.”

In the Gospel reading for today (from Saint John 20:1-2.11-18) Mary of Magdala came to the tomb early in the morning, while it was still dark, and saw the stone removed from the tomb.

Jesus said to her, “Woman, why are you weeping? Whom are you looking for?”

She thought it was the gardener and said to Him, “Sir, if you carried Him away, tell me where you laid Him, and I will take Him.”

She turned and said to Him in Hebrew, “Rabbouni,” which means Teacher.

Jesus said to her, “Stop holding on to Me, for I have not yet ascended to the Father. But go to My brothers and tell them, ‘I am going to My Father and your Father, to My God and your God.'”

Mary of Magdala went and announced to the disciples, “I have seen the Lord,” and what He told her.

Mary Magdalene waited there, weeping and in silence for the arrival of Jesus.

She was one of the few who did not abandon Christ during his crucifixion, and she is recorded as the first witness to the resurrection. She was the first preacher of the Good News, telling the Apostles that Christ had risen. For this reason she is regarded as an Apostle to the Apostles.

Tradition records that she continued to travel on many missionary journeys following the resurrection. She is said to have travelled to Rome and through Italy, evangelizing the communities there before St. Paul arrived. Paul even seems to refer to her in his letter to the Romans. She was very evidently a significant leader in the early church, due to all the references to her by name in scripture.

(Note: She is mentioned as a primary witness to the resurrection even if  the testimony of women was not viewed as valid in the Ancient Near East).