Featured News
Home / News / The only house we have 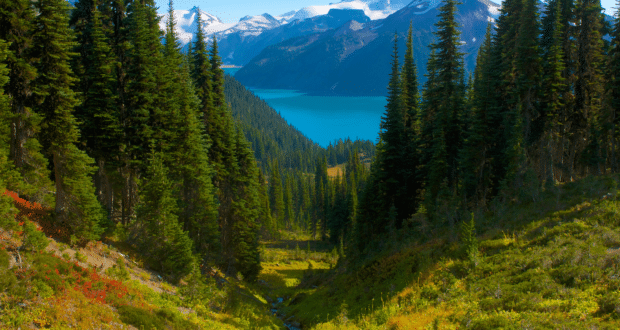 The only house we have

With his emphasis on integral ecology, Francis links care for God’s creation to our economic, political, social and religious priorities. In a lot of ways, with this pope, eco-spirituality has gone mainstream. The prefix “eco-” before “spirituality” comes from the Greek oikos, meaning home — a reminder that “this house is the only one we have, we’re all together, what happens in Kolkata affects New York, Santiago in Chile, and São Paulo,”  (Fr. Fernando Díaz of Chile, Divine Word).

“It really is a common home, and this common home is threatened,” Díaz added. “We’re all connected, and this is a way of understanding that home, that demands that we look beyond the instrumental rationalism that has guided us in such a destructive way over the past century.”

Díaz, who has worked for years with Mapuche people in southern Chile, has found Indigenous people to have a more holistic view of the relationship between human and other-than-human beings that calls for “a different perspective … a way of understanding how we live and why we live in this home that is for everyone, and where everyone must have a place, which we must care for.”

He added, “That’s where eco-spirituality comes in.”

Miranda, a lay Franciscan, is part of the Churches and Mining Network, which has produced with Verbo Filmes a video, in Portuguese with English subtitles, that explains eco-spirituality to people who are new to the idea.

In working with the small farmers, Indigenous communities and people of African descent most affected by mining practices, “we realized it wasn’t simply ecological theology, but a spirituality, something much deeper — a way of living, a connection,” she said.

“This spiritual presence … doesn’t fit into the framework of the rational, the theological,” she added. “It’s much more. We increasingly transform into an eco-spiritual community, because eco-spirituality develops in community.”

That communal element is something Pope Francis understands well, according to Alirio Cáceres, a permanent deacon who advises the Colombian Catholic church’s Cáritas network on matters related to eco-spirituality and integral ecology.

In Laudato Si’, the pope points to the consequences of losing that sense of oneness with all of creation, writing that if humans lose their sense of awe and wonder at creation, “our attitude will be that of masters, consumers, ruthless exploiters, unable to set limits on their immediate needs.”

He adds that St. Francis’ “poverty and austerity … were no mere veneer of asceticism, but something much more radical: a refusal to turn reality into an object simply to be used and controlled.”

Drawing near to all creation

“Catholic Christianity, Orthodox Christianity, maintains that God draws near to all of creation,” a theme that begins with the second verse of the first book of Genesis and continues throughout the Old Testament.  In his Canticle of the Creatures, St. Francis does not worship the sun, moon and other natural elements as gods, but clearly says he praises God with them and through them.

St. Francis and his followers embraced “this idea that nonhuman creatures, the rest of God’s creation, also have an inherent relationship to the divine … because God is the one source of all creation, human and nonhuman alike”. We’re all united together, as Pope Francis would say, in the spirit of integral ecology.

Eco-spirituality leads to an understanding that we are part of an interrelated, interconnected, evolving web, and it calls us to live in right relationship with all of creation.