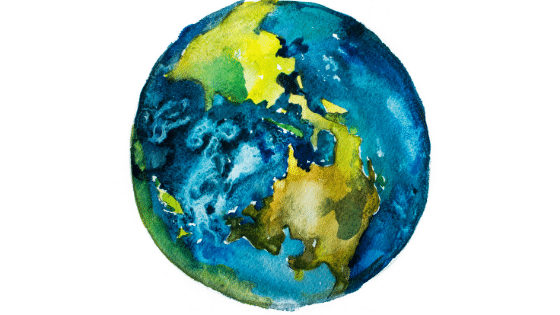 The 9th August commemorates the International Day of the World’s Indigenous Peoples. It is celebrated around the world and marks the date of the inaugural session of the Working Group on Indigenous Populations at the United Nations in 1982.  Such days are a reminder to us to look wider, and to appreciate, value and celebrate this beautiful humanity.

This year’s theme is Indigenous Languages and will focus on the current situation of indigenous languages around the world.

Indigenous languages are not only methods of communication but extensive and complex systems of knowledge that indigenous peoples have developed over millennia. They are central to their identity, preservation of culture, worldview, the environment they inhabit, and ultimately function as an expression of self-determination. In essence, when indigenous languages are under threat, so too are indigenous peoples and their cultures.

What would happen if we retreated back
a few hundred kilometres into space.

What would we do with a world that’s divided.
Might we see it as one round ball.

Might we see the colours merge
to the degree our steps recede.

Yellow and red turning to brown,
black and white to grey.

And the more we retract
the more we merge with the sea, and the land.

And become the blue of the world God sees through His lens.

What would happen if we gave ourselves space
to reflect,

and saw each other from a wider perspective,
a greater distance.

I think like all small things,
the world and its contents would become more precious

for being considered as a whole,
rather than a sum of separate parts.

There is only one thing we all share,
this common beautiful humanity.

And like all worlds on the edge,
we’d know it if we began to fall.

We’d hold on each other then,
as if there were no tomorrow.

If it’s not too late,
I pray we remember it now.