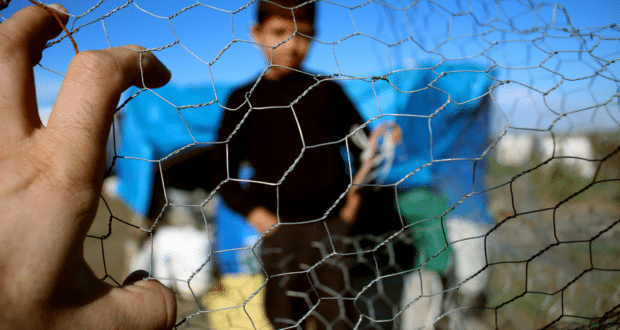 Sunday June 20, 2021 is UN World Refugee Day. As the world celebrates the progress made to advance refugee protection polices and acknowledges the contributions that refugees have made in their host countries, it is important to remember that the need to continue to advance humane policies is now more critical than ever.

We often think of refugees as those waiting in refugee camps waiting to be accepted by our government, after a process of background checks and interviews, eventually arriving to their new homes in cities across the globe for resettlement, a process that may take years to complete. But most people – over half of whom are children – become refugees the moment they flee violence or persecution and cross an international border, and many do not encounter the protection of a refugee camp, nor can they afford to wait.

On 4 December 2000, the United Nations General Assembly established World Refugee Day, celebrated on 20 June in recognition of the 1951 Convention Relating to the Status of Refugees. The United Nations High Commissioner for Refugees (UNHCR) reports that in 2019, there were 79.5 million persons forcibly displaced worldwide, including more than 26 million refugees, over half of whom are children. UNHCR projects that the global number of persons in need of resettlement will continue to increase in 2021.

The theme for this year’s 2021 World Refugee Day is: Together we heal, learn and shine

Pope Francis highlights the importance of inclusiveness and fraternity in his 2021 Message for the World Day of Migrants and Refugees, stressing that an ever wider “we” will help renew the human family, build a future of justice and peace, and ensure that no one is left behind.

Setting the scene for the message for the 107th World Day of Migrants and Refugees (September 26), Pope Francis explained that in the Encyclical Fratelli tutti, he expressed a concern and a hope that once this health crisis passes, “we will think no longer in terms of ‘them’ and ‘those’, but only ‘us’.”

For this reason, said the Pope, “I have wished to devote the Message for this year’s World Day of Migrants and Refugees to the theme, Towards An Ever Wider “We”, in order to indicate a clear horizon for our common journey in this world.”

Pope Francis stresses that “we are all in the same boat and called to work together so that there will be no more walls that separate us, no longer others, but only a single ‘we’, encompassing all of humanity.” He therefore appeals to the Catholic faithful, and to all the men and women of our world, “to advance together towards an ever wider ‘we’.”

He added that the Church’s universality must be embraced and expressed in every age “according to the will and grace of the Lord” as “the Holy Spirit enables us to embrace everyone, to build communion in diversity, to unify differences without imposing a depersonalized uniformity.” At the same time, the Catholic faithful are to work, each in their community, to make the Church become be more inclusive.

We are, therefore, “called to dream together, fearlessly, as a single human family, as companions on the same journey, as sons and daughters of the same earth that is our common home, sisters and brothers all.”