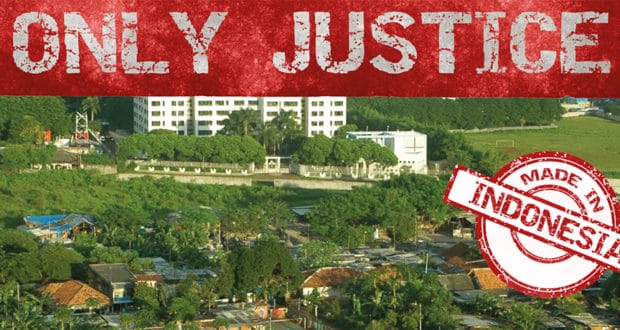 Week of Prayer for Christian Unity

The Week of Prayer for Christian Unity (WPCU) takes place from 18-25 January 2019 on the theme ‘Justice and justice only you shall pursue’.

Every year at this time Christians from across the world gather to pray for growth in unity. Such united prayer in a fractured world is very powerful. In this way we are called together to form a united witness for justice, and to be a means of Christ’s healing grace for the world.

Theme and Resources for 2019

The resources for this year’s Week of Prayer for Christian Unity are produced by Christians from Indonesia, where there is a strong emphasis upon the need for unity alongside the nation’s ethnic and religious diversity.

Indonesia is  the largest country in South East Asia.   The country is  made up of more than 17,000 islands, 1,340 different ethnic groups and over 740 local languages. These peoples are united by one national language, Bahasa Indonesia. With some 86% of its 260 million people estimated to be Muslim, it has the largest Islamic population of any country.  About 10% of Indonesians are Christian. Indonesians live by the principle of gotong royong which is to live in ‘solidarity and by collaboration’, regarding all Indonesians as brothers and sisters.

These resource materials highlight issues of economic injustice and how religious pluralism can face challenges in the face of radicalisation.

The Christians of Indonesia found that the words of Deuteronomy, ‘Justice, and only justice, you shall pursue…’ (see Deut. 16:18-20) spoke powerfully to their situation.

All the resources for the Week of Prayer for Christian Unity 2019 can be found here.

(Please note this is a large file which is designed to be printed as an A5 booklet on A4 paper (please see the printing help from 2013).  The document can also be printed as A4 (in Adobe Acrobat Reader. Choose File/Print, then under Size Options select ‘Fit’). For a Large Print version print the pamphlet as A4 (see above).

You are invited to show your support for Christian Unity by posting messages and details of your events to the Week of Prayer for Christian Unity Twitter wall – simply add the #wpcuwall hashtag to your Twitter post (note they take 15 minutes to appear).

You can also find updates about the Week of Prayer for Christian Unity on Twitter by following the #wpcu2019 official hashtag.

A number of events will be taking place  in parishes and dioceses across Ireland to mark the Week of Prayer for Christian Unity. Check out your local parish and diocesan websites for more information.

Loving God,
by whose breath all things came
to be,
we thank you for the world
which manifests your glory,
diversity and beauty.

Grant us the wisdom to walk gently upon the earth
and to share together your good news with all creation.