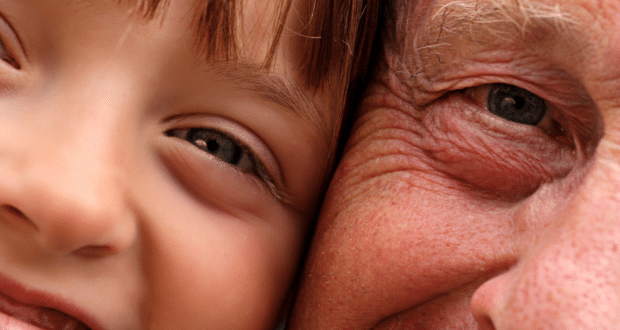 Pope Francis has instituted a Church-wide celebration of a World Day for Grandparents and the Elderly. Starting this year, it will be held on the fourth Sunday of July (Sunday 25th July 2021) close to the liturgical memorial of Saints Joachim and Anne, the grandparents of Jesus.  The theme chosen by Pope Francis for this inaugural commemoration is “I am with you always” (Mt 28:20).

The theme expresses the closeness of the Lord, and the Church, to every older person, especially in these challenging times of the Covid-19 pandemic. The theme, “I am with you always” is also “a promise of closeness and hope that young and old can mutually share”, notes the press release. Not only are grandchildren and youths invited to be present in the lives of older people, but older people and grandparents also have a mission of evangelization, proclamation and prayer, and of encouraging young people in their faith.

Vittorio Scelzo who is involved with the pastoral care of the elderly within the Dicastery for Laity, Family and Life reminds us that:

“the poor, the Bible and the elderly” are “three priorities” of Pope Francis’ pontificate, priorities that are destined “to mark the future of the Church.”

Old age is a gift

The elderly Pope Francis said, “remind us that old age is a gift and that grandparents are the link between the different generation, to pass on to the young the experience of life.”

The Holy Father said he instituted the World Day of Grandparents and the Elderly because “grandparents are often forgotten, and we forget this wealth of preserving roots and passing on” what the elderly have received.

He emphasized the importance of grandparents and grandchildren getting to know one another, because:

“as the prophet Joel says, grandparents seeing their grandchildren dream,” while “young people, drawing strength from their grandparents, will go forward and prophesy.”

In a press release following the announcement, Cardinal Kevin Farrell, Prefect of the Dicastery for Laity, Family and Life, the establishment of the Day of Grandparents and the Elderly: “is the first fruits of the Amoris Laetitia Family Year, a gift to the whole Church that is destined to continue into the future.”

“The pastoral care of the elderly is a priority that can no longer be postponed by any Christian community. In the encyclical Fratelli tutti, the Holy Father reminds us that no one is saved alone. With this in mind, we must treasure the spiritual and human wealth that has been handed down from generation to generation.”

To further encourage the celebration of the World Day in local churches and associations, the Dicastery for Laity, Family and Life will offer pastoral tools from mid-June, which will be available on the website www.amorislaetitia.va.

‘Fratelli Tutti’ and the elderly

We have seen what happened with the elderly in certain places in our world as a result of the coronavirus. They did not have to die that way. Yet something similar had long been occurring during heat waves and in other situations: older people found themselves cruelly abandoned.

We fail to realize that, by isolating the elderly and leaving them in the care of others without the closeness and concern of family members, we disfigure and impoverish the family itself. We also end up depriving young people of a necessary connection to their roots and a wisdom that the young cannot achieve on their own. (Fratelli Tutti , 19 – “A Throw-away world”).

Love, then, is more than just a series of benevolent actions. Those actions have their source in a union increasingly directed towards others, considering them of value, worthy, pleasing and beautiful apart from their physical or moral appearances. Our love for others, for who they are, moves us to seek the best for their lives. Only by cultivating this way of relating to one another will we make possible a social friendship that excludes no one and a fraternity that is open to all. (Fratelli Tutti , 94 – “The unique value of love”).

O God, Trinity of love,
from the profound communion of your divine life,
pour out upon us a torrent of fraternal love.
Grant us the love reflected in the actions of Jesus,
in his family of Nazareth,
and in the early Christian community.

Grant that we Christians may live the Gospel,
discovering Christ in each human being,
recognizing him crucified
in the sufferings of the abandoned
and forgotten of our world,
and risen in each brother or sister
who makes a new start.

Come, Holy Spirit, show us your beauty,
reflected in all the peoples of the earth,
so that we may discover anew
that all are important and all are necessary,
different faces of the one humanity
that God so loves.

(From the encyclical ‘Fratelli Tutti’ – Given in Assisi, at the tomb of Saint Francis, on 3 October, Vigil of the Feast of the Saint, in the year 2020, the eighth of my Pontificate of Pope Francis).

First World Day for Grandparents and Elderly scheduled for 25 July

World Day for Grandparents and the Elderly (laityfamilylife.va)