Featured News
Home / Blogging With Purpose / Witnessing to the resurrection 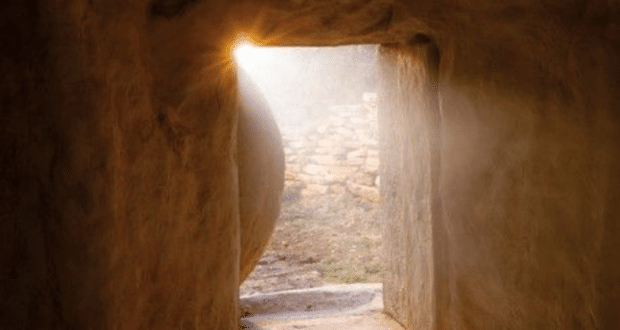 Witnessing to the resurrection

In each of the Gospels, as we read of the Resurrection of Jesus, there is a common thread – the first witnesses to the reality of the empty tomb were women (or solely Mary Magdalene, in John’s account).  Luke tells us there were a number of women at the empty tomb, Mary Magdalene, Joanne and Mary the mother of James. Together with unnamed others who accompanied them – witnessing to the resurrection.

On the first day of the week, very early in the morning, the women took the spices they had prepared and went to the tomb. They found the stone rolled away from the tomb, but when they entered, they did not find the body of the Lord Jesus. While they were wondering about this, suddenly two men in clothes that gleamed like lightning stood beside them. In their fright the women bowed down with their faces to the ground, but the men said to them, “Why do you look for the living among the dead? He is not here; he has risen! Remember how he told you, while he was still with you in Galilee: ‘The Son of Man must be delivered over to the hands of sinners, be crucified and on the third day be raised again.’ Then they remembered his words.

When they came back from the tomb, they told all these things to the Eleven and to all the others. It was Mary Magdalene, Joanna, Mary the mother of James, and the others with them who told this to the apostles. But they did not believe the women, because their words seemed to them like nonsense. Peter, however, got up and ran to the tomb. Bending over, he saw the strips of linen lying by themselves, and he went away, wondering to himself what had happened. (Luke 24: 1-12).

Joining these women at the tomb we realise that their journey began long before this time.  Their lives had already been changed by the time they had spent with Jesus.  Each of the women had personal encounters with Him—they knew him intimately in his lifetime and now they are invited to know him fully in his resurrection.

One can imagine their faces are weighed down by grief, marked by the events that have gone before, yet with determination they make their way to a tomb. But when they arrive there is no stone covering the entrance. Two light-filled figures greet them with the words: “Why are you looking among the dead for one who is alive? He is not here; he has been raised.”

We arrive with these women on Easter morning, emerging from our Lenten journeys into the discovery of resurrection. Journeys bring change—whether by physically arriving at a new place or through an inner transformation. What was the women’s journey? What brought them to this point and how might their journeys mirror ours?

Both Mary Magdalene and Joanna experienced Jesus’s healing first hand (Luke 8:1-3). They travelled alongside Jesus and the twelve disciples during his public ministry as he preached the good news about the kingdom of God. They witnessed his teachings, shared meals, and were counted among Jesus’s closest friends. Joanna supported Jesus’s ministry out of her own means. And Mary Magdalene is consistently named first in lists of Jesus’s female disciples, likely indicating she was the leader of a group women who followed and served Jesus during his time in Galilee.

We know less about Mary the mother of James, but she is named alongside Mary Magdalene and Jesus’s mother as one of the women standing close to Jesus’s cross at the time of his crucifixion (John 19:25).

When the women arrive at the garden on Sunday morning, the events of Jesus’s crucifixion are still fresh in their minds. They have experienced significant trauma as first-hand witnesses of his crucifixion.  These women are the first to receive the good news of Jesus’s resurrection and bring it to others.

In essence, the Cross and the Resurrection are one thing. They are not subsequent to each other. The Resurrection is the inner light hidden at the heart of darkness in the Cross. On Easter morning, this light explodes onto the world. This is the mystery of the Eucharist.

The Eucharist is a fascinating place; it embraces Calvary and Resurrection within the one circle. In Christian terms, there is no way to light or glory except through the sore ground under the dark weight of the Cross. The Cross is a lonely forsaken symbol. Good Friday is always deeply lonesome. There is an eerie and disturbing sadness at the heart of this day. On Good Friday, the pain of the world is returning to the Cross, awaiting transfiguration again.

The Cross is an ancient symbol. Expressed lyrically, there is cruciform structure to every pain, difficulty, and sadness. In this sense, the Cross is not an external object that belongs far away on a hill in Jerusalem. Rather, the shape of the Cross is internal to the human heart.

[ … ] The promise to each of us is that we will never be called to walk the lonely path of suffering without seeing the footprints ahead of us which lead eventually over the brow of the hill where Resurrection awaits us.

Behind the darkness of suffering, a subtle brightening often manifests itself. Two lines in a poem by Philippe Jaccottet echo this: “Love, like fire, can only reveal its brightness / on the failure and the beauty of burnt wood.” There is consolation and transfiguration here. The fires of suffering are disclosures of love. It is the nature of the lover to suffer.

The marks and wounds that suffering leave on us are eventually places of beauty. This is the deep beauty of soul where limitation and damage, rather than remaining forces that cripple, are revealed as transfiguration.

May you experience this Light and Joy as we journey together in hope this Easter!