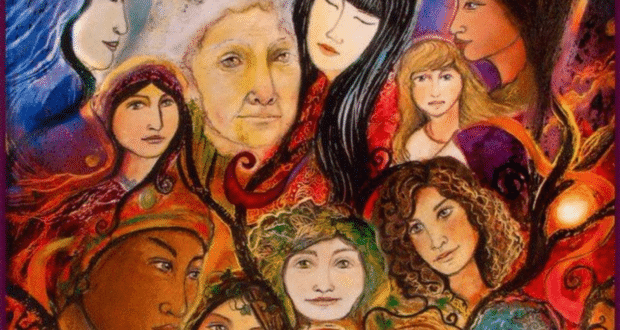 Little Christmas (Irish: Nollaig na mBan) ‘Women’s Christmas’), also known as Old Christmas, is one of the traditional names among Irish Christians and Amish Christians for 6 January, which is also known more widely as the Feast of the Epiphany, celebrated after the conclusion of the twelve days of Christmastide.

In Ireland, ‘Women’s Christmas’ is also called Little Christmas , and sometimes ‘Women’s Little Christmas’. Mainly a rural tradition, women would go out to celebrate the day with their friends, sisters, mothers, and aunts. Although Nollaig na mBan is slowly dying out in many parts of Ireland, overtaken by Mother’s Day; in some parts of Ireland, the tradition is still strong in Cork and Kerry, and is so called because Irish men take on household duties for the day. Goose was the traditional meat served on ‘Women’s Christmas’.

I like to imagine that this day also reflects the recognition we have for Mary and her role as Mother – who having given birth to Jesus now awaits the unfolding of their life journey together while celebrating his safe arrival and the maternity of courage, care and contemplation bestowed on her for us and all humanity.

“The Incarnation” by John of the Cross

Then He summoned an archangel,
Gabriel: and when he came,
Sent him forth to find a maiden,
Mary was her name.

Only through her consenting love
Could the mystery be preferred
That the trinity in human
Flesh might clothe the Word.

Though the three Persons worked the wonder
It only happened in the One.
So was the Word made incarnation
In Mary’s womb, a son.

So he who only had a Father
Now had a Mother undefiled,
Though not as ordinary maids
Had she conceived the Child

By Mary, and with her own flesh
He was clothed in His own frame:
Both Son of God and Son of Man
Together had one name.

Mary gave Jesus to the world, and to each one of us. In a way, not entirely dissimilar, we are called, each in our own way and our own place, to give Jesus to our world.