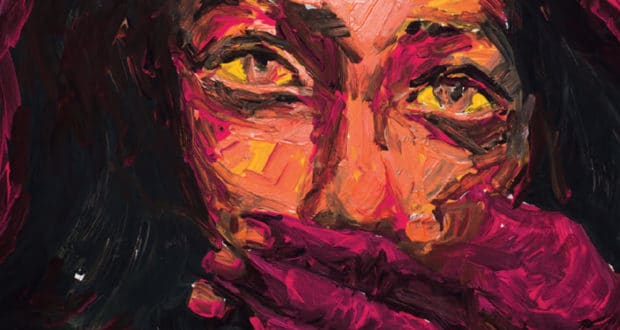 World Day Against Trafficking in Persons

“On this, World Day against Trafficking in Persons, let us reaffirm our commitment to stop criminals from ruthlessly exploiting people for profit and to help victims rebuild their lives.” — UN Secretary-General António Guterres

Trafficking in Persons is a crime that exploits women, children and men for numerous purposes including forced labour and sex.

Every country in the world is affected by such trafficking, whether as a country of origin, transit, or destination for victims. Traffickers the world over continue to target women and girls. The vast majority of detected victims of trafficking for sexual exploitation (and 35 per cent of those trafficked for forced labour) are female. Conflict further exacerbates vulnerabilities, with armed groups exploiting civilians and traffickers targeting forcibly displaced people. Data also shows that trafficking happens all around us.  The share of persons trafficked within their own country has doubled in recent years to 58 per cent of all detected victims, according to the 2018 UNODC Global Report on Trafficking in Persons .

Despite many countries having national trafficking laws in place which are in line with the UN Trafficking in Persons Protocol, people continue to be trafficked. What is more, in many countries, victims may still be criminalised while the impunity of traffickers prevails.

Therefore, on the 2019 World Day UNODC is focusing on highlighting the importance of Government action in the interest of victims of trafficking. But the call to action is not only to Governments, we encourage everyone to take action to prevent this heinous crime.

In 2010, the General Assembly adopted the Global Plan of Action to Combat Trafficking in Persons, urging Governments worldwide to take coordinated and consistent measures to defeat this scourge. The Plan calls for integrating the fight against human trafficking into the UN’s broader programs, in order to boost development and strengthen security worldwide. One of the crucial provisions in the Plan is the establishment of a UN Voluntary Trust Fund for victims of trafficking, especially women and children.

“All the actions that aim to restore and promote our humanity and that of others are in line with the mission of the Church, as a continuation of Jesus Christ’s salvific mission,” according to Pope Francis.

“And this missionary value is evident in the struggle against all forms of trafficking and in commitment towards the redemption of the survivors; a struggle and a commitment that also have beneficial effects on our own humanity, opening the way to the fullness of life, the ultimate aim of our existence.”

Female Religious Life has been engaged for centuries in activities against slavery and trafficking in persons. Nevertheless, the seeds that gave birth and growth to Talitha Kum were planted in the late 1990s, when consecrated persons realised the importance and value of joining forces and resources in the development of an integrated network.

In 2009, during the first global meeting of networks arising from the training sessions, a proposal was made to create Talitha Kum as the International Network of Consecrated Life Against Trafficking with a representative at the UISG (International Union of Superior Generals).  Since its foundation Talitha Kum continues to promote courses for the training of new local networks and to encourage networking and collaboration with other organisations working against trafficking in persons.

The meaning of Talitha Kum

Talitha Kum is an expression that is found in the Gospel of Mark (5, 41).  The words, translated from the Aramaic mean “young girl, I say to you, arise.”  These words are addressed by Jesus to the twelve year old daughter of Jairus, who lay apparently lifeless.  After uttering these words, Jesus took her by the hand and she immediately got up and walked.

The worldwide network of consecrated life committed against trafficking of people chose the expression “Talitha Kum” to define their identity.  Because of  its origins, the expression “Talitha Kum” has linked to it the transformative power of compassion and mercy, which awakens the deep desire to restore dignity and life lost through exploitation.

Trafficking in persons is a complex and multidimensional phenomenon, wounding tens of millions of individuals and the entire human society. The expression Talitha Kum is an invitation to all to stand up to counter with our voice, our actions, our daily choices and our lives everything that promotes and supports trafficking in persons. See Talithakum – End Human Trafficking

Let Us Pray to Act….

Let us join our voices to the cries of anguish
of so many of our sisters and brothers,
let us reach out to them and go beyond our world,
to break down the barriers that we have built and that divide us.

Let us together find the courage to move beyond ourselves
and undertake the concrete path of solidarity.
Together, as members of the one human family to which we belong.

Let us continue, together, to commit ourselves
and to collaborate so that every woman, man, and
child may be recognised and respected in their dignity
and may  each of us find the courage to feel responsible for one another.

We pray together for an end to human trafficking.

For further information visit the following links:  Church and World Leaders unite in a call for an end to Human Trafficking

Together Against Human Trafficking

Note: UN International days are important.  They provide occasions to share information and educate each other on issues of concern, to mobilise political will and resources to address global problems, and to celebrate and reinforce achievements of humanity.  The existence of international days actually predate the establishment of the United Nations, but the UN has embraced them as a powerful advocacy tool.

© Copyright 2022 - Presentation Sisters Union North East Ireland - All rights reserved | Website by Digital Training Institute
19 Shares
Share19
Tweet
We use cookies to ensure that we give you the best experience on our website. By your continued use of this site you accept such use.ACCEPTREAD MORE